26-30: The Most Dangerous Thing. And the Most Powerful.

26. Christians need the Gospel as much as anyone. 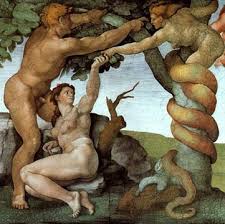 Since I was raised in the Church, I was raised to think that the Gospel was mainly about getting my sins forgiven.  That the biggest problem in the world was that I was a bad guy and God could make me good.  And all I had to do was say the magic prayer and BAM!  Jesus saved me and set me on the straight-and-narrow.  End of story.  The Gospel had done its work in my life and now I’m one of the Good Guys, God’s Chosen Kid.

But I’ve learned that the Gospel is about so much more than forgiving sin.  The forgiveness of sin is part of the Gospel, but any gospel that stops at the cross is incomplete.  Good Friday is meaningless without Resurrection Sunday.  The Empty Tomb is what gives the cross its power.  Jesus raised from the dead so that we could follow him in that resurrection.

That’s very good news, and I need to hear that now as much as I ever did.

27. We should all listen to the media less. 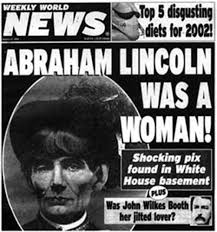 At the end of the day, the media’s job is to sell us stuff.  Whether it’s music, a magazine, newspaper, TV show or movie, they’re trying to make a buck.  And since no one will pay attention unless they stand out, media outlets spend billions of dollars creating mountains out of molehills so we’ll listen to their message (and end up buying their products).  Sensationalism sells.

We consume so much media that their worldview has become ours.  And it needs to stop.  The media appeals to our baser instincts – they perpetuate our fear and desire to conform.  It’s poison and we could all do with much less than we take in right now.

28. Technology is useful but dangerous.

A couple of generations ago, futurists were predicting that we’d all be working 20 hours per week these days, thanks to the miracle of technology.  We could do so much so quickly that we’d have tons more leisure time.  The mad rush of progress would soon deliver humanity into a new golden age.

Clearly, that hasn’t happened.  In fact, the 9-5 has become the 8-6.  Or 7.  And the five-day work week is nearly a thing of the past, having now stretched to 6 days.  We work now more than we ever have, and all this with technologies that keep us more connected than ever.  We can’t focus on one project or person at a time – we’re constantly checking emails and texts, working on three projects at once (when we’re slow).  And all thanks to technology.

Technology is enslaving us.  Rather than letting it serve us, we serve it.  This week, try turning your email notifications off. Close your facebook instead of leaving it open in your browser.  Put your phone on silent (not just vibrate) when you’re hanging out with people (or turn it off completely!).  Just for a week.  See what happens.

That weird feeling you have?  It’s called freedom…

29. Despair might be the most dangerous force in the world (but only second-most powerful). 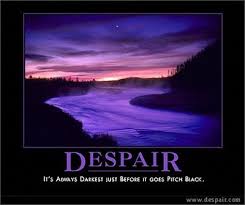 There comes a point for every person striving for a goal when they have to decide if they’re going to finish.  This is whether you’re running, competing in an athletic event, trying to finish a book or project, fighting a war, or anything.  When something seems overwhelming, we are very tempted to call it quits.  It becomes easy to believe that the battle is over, that we’ve already lost.

And that is  called despair.  It’s dangerous.  And it’s always right around the corner.  Despair is what tells us the marriage isn’t worth fighting for or the friend isn’t worth forgiving one more time.  It’s the little voice that convinces us not to try any more because we’ll just fail again.  Or that people never change, so we might as well give up on them.

It’s the voice that tells us redemption is impossible, that rescue will never come, that hope is a fool’s virtue.  And the voice of Despair is ever-present, often overwhelming and seemingly all-powerful.  But that’s a lie.  Despair is not, in fact, the most powerful force in the universe.

The truth is that Love conquers despair every time.  This Love is available to all of us, and when we are at our best, we embody it to each other.  In our darkest moments, when all hope seems lost and Despair whispers in our ears that we are foolish to imagine that anything could save us or redeem our circumstances, Love rises and covers us.  Love rescues and redeems us.  Not with Cupid’s bow, but with Jesus’ cross and empty tomb.

I can’t say it any better than Paul of Tarsus, so I’ll quit trying.  Brothers and sisters, this is Love: