So far in our exploration of what the Bible actually says about the End of the World, we’ve looked at the Antichrist and the Mark of the Beast. For the next couple of weeks, we’ll look at the biggest question mark of all – the Rapture.

What do we think about the Rapture?

The Rapture is the quintessential End Times event. In popular culture, it’s a cataclysmic world changer in which Jesus descends out of the clouds and takes all the Christians to Heaven. Christians disappear in the blink of an eye, vanishing out of their clothes, leaving cars abandoned – even those being driven. Everyone else will be left behind to deal with the ensuing chaos and face the Great Tribulation.*

Every discussion I’ve ever had about the Rapture conjours anxiety and fear.

I have friends who came home from school to an empty house, terrified that their parents had been raptured and they’d been left behind. Somehow, most of our pictures of the Rapture are violent, terrifying images of death and destruction – jetliners crashing without pilots, driverless cars careening out of control into pedestrians and buildings, families losing loved ones.

So where did our ideas about the Rapture come from? 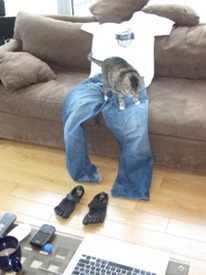 American Christians first got Rapture fever in the late 1800s after an Irish evangelist named John Nelson Darby spread a theology he’d put together called Dispensationalism.  According to Darby’s theory, God interacts with humankind differently in different ages (or ‘dispensations’) of history. We are currently in the sixth of seven Dispensations. For many who follow Darby’s teachings, the Rapture marks the beginning of the final Dispensation – and hence, marks the beginning of the End of the World. Most (in)famous Dispensationalist teachers today (like Tim LaHaye and Hal Lindsey) can trace their roots to Darby. Many attended either Dallas Theological Seminary, which was founded in part to give scholarly credibility to Dispensationalism, or Moody Bible Institute, founded by Dwight Moody, a disciple of Darby. These schools train pastors, who in turn teach congregations.

Does the Bible teach that we should expect a Rapture?

It might surprise you that the word ‘rapture’ never appears in the Bible. The word comes from the Latin word that means ‘to be caught up’. The word itself shows up in the Vulgate (Jerome’s Latin translation of the Bible) in Paul’s first letter to the Church in Thessalonica. Some believers in the Church there have died, and Paul is writing to reassure those still alive that God will not abandon their loved ones to death: 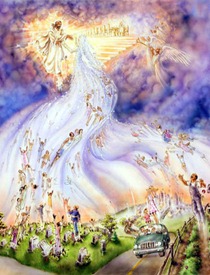 We tell you this directly from the Lord: We who are still living when the Lord returns will not meet him ahead of those who have died. For the Lord himself will come down from heaven with a commanding shout, with the voice of the archangel, and with the trumpet call of God. First, the Christians who have died will rise from their graves. Then, together with them, we who are still alive and remain on the earth will be caught up in the clouds to meet the Lord in the air. Then we will be with the Lord forever. – 1 Thessalonians 4:15-17 (NLT)

Seems pretty simple, right? Jesus comes back, the dead rise and then all of us rise to meet Jesus in the air. This is the clearest picture of the Rapture we find in the Bible. And it’s easy to see why Darby and his disciples would use this passage to support their views.

But this passage isn’t very clear. Its primary purpose is to comfort those who’ve lost someone they love. Paul is not trying to give us an exhaustive account of the end. Consider: he says we’ll meet Jesus “in the clouds”, but where do we go next?

Most Rapture enthusiasts assume we’ll head back up to Heaven. Paul doesn’t say that, but is there really another option? 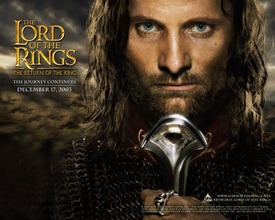 In the ancient world, when a king or emperor visited a city under his rule, the city followed a standard set of protocols. The king would approach the city with his entourage. The king stopped outside the city and a herald announced his arrival by crying out after trumpets were blown. Then, to welcome the king (and probably to ensure his safety), the city’s own nobility would leave the city walls and go out to meet the king. Finally, the king’s entourage would escort him back into the city, usually with a big parade. The king had then been welcomed to his city.

No ancient person reading Paul’s words to the Thessalonians would have read this as a departure to Heaven. They would have understood that Christians will be Jesus’ welcoming party, leading the one true King of King’s parade back to the Earth that is and always has been his.

According to the imagery Paul used in 1 Thessalonians, the Rapture leads not to Heaven, but back to Earth.

Next week, we’ll look at a couple of other scriptures that influence the Rapture discussion, and consider what they teach us about the End. But for now…

YOUR TURN: How much have you heard about the Rapture? What kinds of emotions does it evoke for you? How important is a Rapture to your understanding of the End Times?

*This particular understanding of the Rapture is called “Pre-Tribulation”, and thanks to the Left Behind books, is the most popular in American Christianity. Others believe the Rapture will follow the Great Tribulation, and a few believe it will happen during. Neither Post- or Mid-Tribulation Rapture have influenced popular imagination of the End nearly as much as Pre-Trib.