The Making of a Leader – Andy Stanley

Information and Insight alone do not make a leader. What makes me into a leader is how I respond to

My response needs to be a story worth telling. The younger you are, the more important this is. But less significant this feels. Be careful! 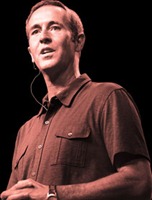 Andy’s dad repeatedly spoke and prayed Psalm 32:8 over him as a child.

The LORD says, “I will guide you along the best pathway for your life. I will advise you and watch over you.”
— Psalm 32:8 (NLT)

He would tell Andy over and over:

God has a plan for you, and you don’t want to miss it.

This stuck with Andy so thoroughly that as a junior in high school, when he tried his hand at prayer journaling, it was his first prayer. Andy’s dad’s prayers over him had penetrated into his spiritual DNA.

The Lesson: The greatest thing you do as a leader may not be what you do, but who watches you do what you do. Actions not only speak louder than words, they echo into the next generation. 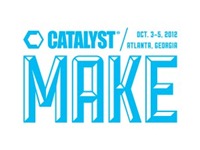 Just after Andy started college, the new youth pastor at his church asked him to lead a high school bible study. Andy had no idea what to do, but in preparing for those studies, he began to lay the foundation for his unique and influential one-point communication style.

1. Influence is more important than title or position.

2. God may choose to make you through an unexpected opportunity for which you feel totally unprepared.

Early in his career, Andy faced unavoidable adversity: the Gay community in Atlanta chose to time their Pride Parade to coincide with the end of their morning worship gathering. In dealing with that tension, Andy learned

The Lesson: It’s better to make a difference than to make a point.

I have no idea what hangs in the balance in my response to leadership moments.

Leaders are made one response at a time.

YOUR TURN: How have you responded to Opportunity, Adversity and Calling? What response is in front of you right now?

Guest Post: Sex and the Act of Worship by Nicole Cottrell

Quiet: The Power of Introverts in a World that Can't Stop Talking - Susan Cain