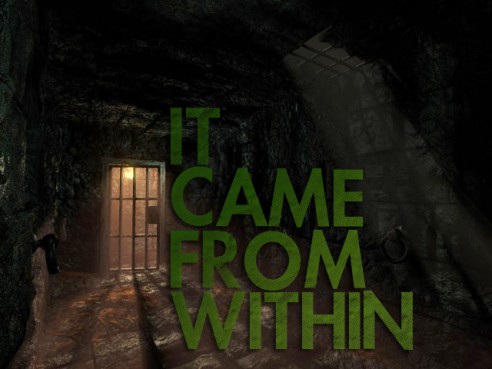 We all know what it is to have a beast within us, one we can't quite control. How does the Holy Spirit enable us to overcome the Wolf within?

From Series: "It Came From Within"

This is the season of the year when people start to think about monsters - ghosts and goblins and things that go bump in the night. We normally don't think of monsters having anything to do with the Church, but we'd be wrong. The reason people tell monster stories is that monsters are a safe way to talk about things we're not ready to admit about ourselves. We don't want to see ourselves as selfish, unforgiving, ill-tempered. So we tell stories. We create monsters. So today, we're going to shine some light in the cracks of our lives. Expose the monsters to the light. And hopefully it'll be fun!

More From "It Came From Within"

Of all the monsters we’re looking at in this series, the Werewolf is the most ambivalent. Culturally, we like werewolves, we’re interested in them, but we don’t want to get TOO interested. They’re not as sexy as vampires. Ghosts are scary. Zombies are cool. But Werewolves? It’s almost as if we don’t quite know what to do with them.

Well, that’s not quite true. It’s that werewolves are just… more… dangerous. There’s an edge to them that other monsters don’t quite have.

Werewolves are humans who occasionally transform into wolves or wolf-like monsters. The wolf is terrifying, unpredictable and uncontrollable. Once the person transforms, once the monster comes out, there’s no telling who or what is going to be hurt. Usually the transformation is brought on by the full moon, though some more modern incarnations like the Twilight wolves and the Incredible Hulk are triggered by anger.

The Werewolf is a person who has this monster, a beast, a Wolf living inside them.

They know it’s dangerous. And most of the time, they’ve got it under control. They have ordered their lives in such a way that the Wolf can’t get out. They’ve built a cage for the monster with structure, with rules and discipline.

But inevitably, in every story, the Wolf breaks out. The monster hurts people around them, destroys their lives. So afterwards, the person tries to put things back together, apologizes for the damage the monster has done and starts rebuilding the cage, hoping to make it strong enough next time. They make new rules. Stricter schedules.

But we know they can never make the cage strong enough to hold the monster. The Wolf will always find a way out.

How do we overcome the Wolf Within? Join us Sunday as we find out! 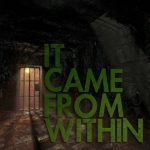