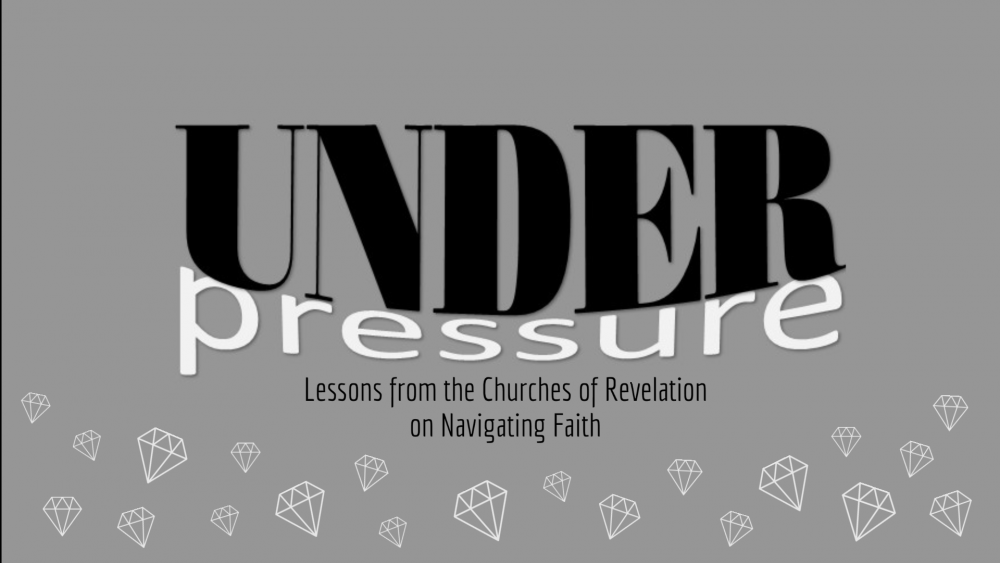 How does a Church measure success? Is it with numbers? Activities? Size? By any of those measures, the church at Philadelphia was a failure – and yet Jesus praised them more highly than any of the other churches. What can we learn about how to be faithful from this weak church?

This sermon was written and delivered by Tim Basselin

My mom has been called a saint before, more than once. She doesn’t have any official credentials from the church confirming miracles she’s done, but still she has lived a rather saintly life.  She’s never touched alcohol, never touched tobacco. She’s lived a life of sacrifice for others. In fact, she doesn’t know what to do with herself if she’s not helping out someone. Of course, she’d be quick to tell you she has faults. But even that confession might just be further proof of a holy humility. We think of saints as being holy people, and that’s because the word saint comes from the Latin word sanctus, which means holy. Sometimes we think of that holiness as a kind of purity or innocence. Saints seem incapable of sinning.

We also think of holiness as being separated out, called to something particular, set apart for a specific purpose. The items used in the temple in the Old Testament were holy items, not to be used for anything else except worship. My mom has been told many times that she has been chosen, separated out. When she was around 40 years old, my dad suffered a severe brain injury. Well-meaning friends that were attempting to comfort her would say things like, “God doesn’t give us more than we can handle, so this means he knew how strong you truly are.” It seemed my mom had been chosen, set apart for this purpose, selected because of her great faith. As though Satan was itching to test someone, like at the beginning of Job, and just to show off God said, “Have you considered my servant Mary Elizabeth?”

I remember some 9 months after my dad’s accident, he was still in the hospital, and I heard my mom crying in her room, which wasn’t unusual. She prayed a lot that year, and she cries when she prays, and these cries had the cadence of prayer. But this time her tone was different. It was a deeper, more guttural calling out than normal. I stepped around the squeaky parts of the floor to get closer and hear, to make sure she was ok. And I heard her pleading, “Why me, God? Why me? I’ve been your servant! I’ve done everything right my whole life! Why God? Why have you taken him from me?” I opened her bedroom door and tried to act like the Holy Spirit. I went over and knelt down next to her and put my face into the carpet like hers, and I said nothing.

I was 12 when we learned you could do everything right your whole life and it wouldn’t protect you from anything. All that American Dream talk, all that just work hard enough, you can do anything you want talk—I was 12 when we found out all of that was shifting sand, and you couldn’t trust a house that was built on it.  I was 12 when we learned that it could be true what scripture says about never seeing the righteous forsaken or their children begging for bread, but that it was also not the whole truth.

Let’s explore what it looks like when righteousness is not rewarded.

Join us Sunday as we consider what faithfulness looks like in every circumstance.