Do you know someone who's got a sharp eye for details? Someone who tends to fade into the background, but doesn't miss anything? Someone who has only so much energy for social interactions? They might be an Enneagram Five. These Investigators are a model of curiosity and intelligence. How can they learn to operate not out of scarcity and fear, but abundance and faith? And how do the rest of us help them flourish?

This message was written and delivered by Vanessa Hewitt.

One of this summer’s biggest cinematic events was the latest Dr. Strange Movie – Dr. Strange and the Multiverse of Madness.  Dr. Strange is brought to life on screen by one of my favorite actors – Benedict Cumberbatch.  Before he played Dr. Strange, he played one of the most famous detectives in literature – Sherlock Holmes.  This character has become so much a part of our western culture that there are more than 25,000 different productions and products focused on Sherlock.  When Sir Arthur Conan Doyle originally killed off Sherlock Holmes in his writings, the public outcry was unprecedented.  He received what might have been the first “hate mail” from loyal fans as well as letters begging him to let Sherlock live.

Thousands of stories brought to life, millions of people brought together, and a character so vividly presented that there are actually people who believe Sherlock Holmes was a real person and the stories are biographies scribed by Doyle.  All of this for a character.  A quirky, astoundingly observant, self-medicating, hoarding, bad violin playing character who can seem so cerebral at times that one wonders if he has emotions.  Sherlock Holmes sounds suspiciously like Ian Cron’s description of what it is like to live as an Enneagram 5 – the Investigator: independent, sometimes socially awkward, private, loner, hoarder of knowledge and other necessities, observer more than participant, great listener, who finds people exhausting and energy, time, and affection to be scarce.

Do you know that person? The one who listens intently to what you have to say but rarely interjects their own thoughts or feelings into the conversation.  The “just the facts” type who might get lost in the thrill of a new intellectual challenge but feel overwhelmed when they have to deal with the emotions of other people?  The quiet type, the awkward type, the collector and hoarder of information.

Friends, you may just be fortunate enough to know an Enneagram Five.

And if you’re thinking, “Fascinating – that sounds like it could be me, not quite sure how to react to that.  I’ll have to ponder that or research it more later.” – you might just be a Five.

Fives are amazing.  They can be a mystery to those of us who process emotions more quickly or feel the need to share every detail of our day with anyone who will listen.  Their powers of active observation, logic, and reason have been borrowed by writers — especially those of mystery and science fiction to create characters like Sherlock Holmes who transcend time and cultures.  When they are healthy, they bring a balance to relationships and conversations beneficial to all of us.

When they are less than healthy, scarcity overshadows their world, observation begins to dominate so that hoarding time, space, and affection becomes the norm.  When taken to the extreme, independence is overvalued and a defensive posture when dealing with others is their way of operating.  Sarcasm and cynicism bleed into most if not all their interpersonal interactions.

So Fives, how can you find that balance of observation and participation so that you can be your true self whether you are in your personal space enjoying some down time or engaging with the people God has put in your life.  How can the rest of us love the Fives in our lives, well?

Fives reflect the God who created us as we are, full of curiosity and intelligence, the God who loves us and provides for us out of God’s infinite abundance, and who we can trust to care for us, no matter what.

Join us Sunday as we celebrate these investigators and the unique place they have in our spiritual family! 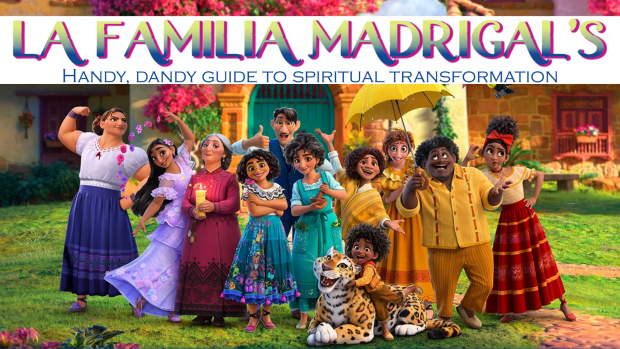