In number 20, I suggested that practice makes perfect.  I’ve also learned that even after you’ve gotten pretty good at something, you have to keep practicing it, or it’s gone.  By the time I went to college, I was nearly fluent in German (5 years of secondary schooling and a 3-week trip to Germany ensured that).  Today? I could get by in Germany (meaning, I don’t think I’d die or starve to death), but I’ve forgotten most everything I knew.

Most things in life, unfortunately, are not ‘just like riding a bike’.  If I work hard to be come a loving, kind person, if I cultivate the fruits of the Spirit in my life, I will never reach a point where I’ve ‘made it’, and I can just stop practicing those virtues.  I will be slowly dragged back towards my base, default tendencies.  So use it!  Practice kindness, joy, peacemaking.  Practice giving honor and respect to everyone around you.  Practice seeking the good in other people.  Not only will you get better and better at it, but you’ll be formed as a person for whom these attitudes and behaviors become second nature. 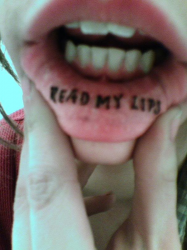 I got my first tattoo almost exactly 10 years ago today.  As of last Friday, I now have nine separate pieces that cover a lot of my upper body.  Given that I worked first for a Southern Baptist church and now for a Nazarene church, I’ve encountered plenty of people who think tattoos are evil.  For a long time I couldn’t articulate clearly why I like tattoos, and why I kept covering more and more of my body with them.

But a few years ago, I realized the explanation was much simpler than I was trying to make it.  My tattoos are simply an expression of my faith.  The pieces I get are shaped by foundational convictions I have about the nature of Christianity and a life lived following Jesus and participating in his gospel.

I’m not an evangelist for tattoos – I don’t recommend other people get tattoos unless they want to, and unless they’re confident in what they want.  But that said, tattoos really are awesome.

23. Unity is as important as Truth. 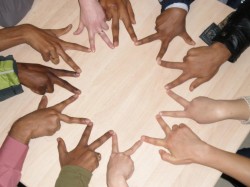 For most of my life, I’ve been a Truth Crusader.  Take a look at that picture: that was me.  Ready to slay the infidel if you didn’t agree with my point of view.  My arsenal was fierce – I had marshaled an army of words so that I could cut you down with the sword that came out of my mouth, and I was very good at it.  Few foes could stand against me (and clearly I hadn’t learned lesson 16 yet: God is not on my side).

But I realized that  – while God certainly cares about Truth, God also commands unity among us followers of Jesus.  In fact, according to Jesus, the singular mark of his disciples is not our commitment to Truth.  It’s how we love each other – how unified we are.

By this everyone will know that you are my disciples, if you have love for one another.
– John 13:35

As I pointed out in #17, Love isn’t always mushy, but it is our highest virtue, the most foundational aspect of who God is.  We ought to pursue the one who is the Truth, confessing that none of us has a perfect picture of Jesus.  That’s why we need each other.

I dare you to include some people who rub you the wrong way in your inner circle.  Learn to love them and watch what happens to your soul.

24. The words “liberal” and “conservative” have become pretty much worthless. When I graduated from high school, I considered myself very conservative politically, theologically – really in most any way I thought mattered.  I attended a private Christian school that would also be considered very conservative on nearly any scale you choose to use to measure such things.  And yet as I studied there, I developed a reputation as a ‘liberal’.

I wasn’t sure why – I held the same foundational beliefs as my schoolmates, but because I pushed the envelope, questioned (and yes, wrote a few intentionally controversial papers), I was tarred with the most feared of all epitaphs.

Then I went to grad school at the University of Missouri, to study Religious Studies.  My schoolmates and professors at Mizzou seemed to be a little bit shocked by my beliefs at first – I believed the Bible was inspired by God and that Jesus literally came back from the dead.  In the four month gap between undergrad and grad school, I went from being known as the crazy liberal to a crazy conservative.

What this taught me was that these words are empty.  They’ve become weapons that we hurl at our opponents to label them, to mark their ideas as dangerous (or stupid or unworthy of our attention).  We use these words to block other people and their ideas out of our lives.  To protect ourselves from Others who are not like us.  If you tell me someone’s a ‘liberal’, all that tells me (given the larger context of your statement), is whether that person agrees with you or not.  As words that help move a discussion forward, they’ve lost all utility.  I move that we abandon them starting yesterday!

25. The Earth really is important.

I was always taught that we don’t have to care about the physical world because eventually God is going to come back and destroy it.  For me, this translated into an apathy towards the Earth.  I didn’t recycle, littered freely and didn’t try to conserve anything.  I didn’t take care of my body – after all, it’s just a prison of flesh that we’ll eventually escape from!

But as I learned more and more of who God is, I learned that the physical world is not a pile of resources we can consume at our leisure.  Everything physical, all matter, is a gift from God to us, and we are called to be good stewards of it.  Our bodies matter to God, and how we treat our bodies (and the Earth!) says something about the state of our souls.

So what about you?  Got any tattoos?  Are you liberal or conservative?  And do you take care of your body or the Earth?

The site of Calvary and the Empty Tomb, where Jesus was crucified, buried and raised from the dead. The site of the Resurrection!