Is the Sabbath Saturday or Sunday? The short answer: Saturday. The long answer: It doesn’t matter much.

Find out how to get my 40-Daily Devotional sent to your email FREE every day during Lent.

If Christians don’t read Genesis 1-11 as literal, scientific or historical documents, does this undermine the reliability of the Bible? Far from it. Learning to read according to the right genre is key to understanding what the Bible has to say to us today.

Bill Nye the Science Guy doesn’t think Creationism is appropriate for children. Ken Ham begs to differ. They debate the merits of Creationism as a valid form of scientific inquiry. My take on the event.

No one ever explicitly taught me I had to end my prayer with “in Jesus’ name, Amen” – that’s not a week in Prayer 101 or anything. I learned it by listening to everyone pray. My parents, my Sunday School teachers, all the pastors. When I visited my grandparents’ churches, everyone did it there, too.

It didn’t occur to me until I was much older to wonder why we end our prayers with “In Jesus’ name, Amen.”

The straightforward answer is that Jesus tells us to. In John 14, he says,

Ending our prayers with “in Jesus’ name” is our way of taking Jesus’ words seriously: we want to ask in his name. But that still begs the question: 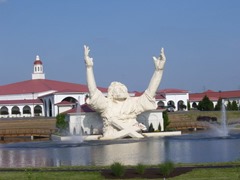 What did Jesus mean when he told us to pray in his name?

The language comes to us from the ancient preliterate world, where official transactions were conducted  verbally. In a world without legal documents, a person’s reputation was social capital. This reputation was referred to as a person’s name. Wealthy and powerful persons – particularly kings – who conducted trade and made treaties through functionaries, sent those servants to speak “in their name”.

To speak “in the name” of the king meant that the messengers words should be considered the very words of the king himself.

To pray “in Jesus’ name” means to pray the way Jesus, our king, would pray.

That understanding should radically reshape our approach to prayer. As we approach prayer, we should consider not only our own needs and desires, but also whether those desires are aligned with Jesus’ way.

Mark Roberts describes what this looks like over at Patheos:

How often do my prayers reflect Jesus’ agenda? Not nearly as often as they reflect my own. Stopping to consider if my prayers really are “in Jesus’ name” is a helpful exercise. (And of course if we want to know how Jesus would pray, he told us!)

But what about “Amen”? Why stick that on the end? 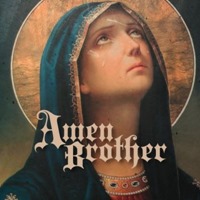 “Amen” is a Greek word that means “truth”. To say “Amen” is to say “That’s true.” or “I agree.” It’s meant to be something said in response to a prayer, by those listening. A way to say, “I agree with that prayer.”

Over the past several years, I’ve made a habit out of not ending my public prayers with “Amen”. The lack of the traditional ending creates a slightly awkward space that encourages those listening to respond.

YOUR TURN: Do you pray “in Jesus’ name”? Does this understanding of those words change the nature of your prayers?

What would the Lord’s Prayer sound like if Jesus taught us today?

The best Bible translation is the one you can understand. Choose a translation that doesn’t put a barrier between you and reading your Bible.

What is Advent? Why observe it? And how do we make Advent meaningful? Everything you need to know to get ready for Christmas RIGHT HERE!

“Prayer is not introspection.  It is not a scrupulous, inward-looking analysis of our own thoughts and feelings but is an attentiveness to the Presence of Love personified inviting us to an encounter.  Prayer is the presentation of our thoughts – reflective, as well as daydreams, and night dreams – to the One who receives them, sees them in the light of unconditional love, and responds to them with divine compassion.”  — Henri Nouwen, A Book of Hours

This is Holy Saturday, a time that lies between the shame and pain of Jesus’ death and the celebration and glory of Jesus’ resurrection. These prayers follow the traditional Holy Hours of the church, times when the faithful would take out of their days to pray and read Holy Scripture.

Use this to help guide you into prayer and meditation on God, who brought you to this point, who died that you might live, and who leads you into community and new life.Continue reading

Unless you are Amish, you are probably aware that zombies are way in right now. Which is at least slightly weird since zombies aren’t even a little bit sexy. I mean, there’s not much you can do to glamorize the zombie apocalypse.

But Walking Dead is the biggest show on TV. The number of zombie novels might be outpacing teen vampire romance novels. (Also, that those are a thing? Truly horrifying.) Zombies are even getting attention from scholars.

Which begs the question, Why are zombies so “in” right now?Continue reading