Is the Sabbath Saturday or Sunday? 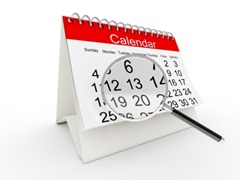 So is the Sabbath Saturday or Sunday? The short answer is: Saturday. The long answer is: it doesn’t matter.

First, the short answer: the Sabbath is Saturday. It’s the last day of the week, the day on which God rested from the work of creation. It’s also the day Jewish people gather to worship, and the day they rest from their work. Saturday is the Sabbath day Jesus and his 12 disciples observed, the day Jesus always got in trouble for healing people.

In Jesus’ day, Sunday – the first day of the week – was a work day. So how did it become the day Christians worship?

As you’ve probably guessed, because Jesus rose from the dead on Sunday. The theological importance of this wasn’t lost on the early Christians – all through John’s gospel, Jesus talks about how he’s working on the Sabbath because God is still working:

The Jewish leaders began harassing Jesus for breaking the Sabbath rules. But Jesus replied, “My Father is always working, and so am I.” – John 5:16-17 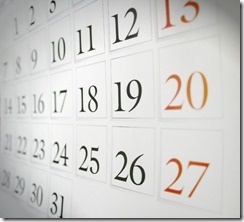 But then, on the Cross, Jesus declares, just before he dies, “It is finished.” Jesus finishes his work on Friday, the sixth day. And then, on the Sabbath, Jesus “rests” in the tomb. Sunday is the first day of the week. But for John, it’s also the first day of a new creation week, a week begun by Jesus’ resurrection.

No wonder many of the early Christians – who were all Sabbath-observing Jews – began worshiping on Sunday, too.

These early Christians called Sunday “the Lord’s Day” to distinguish it from the other days of the week, and to mark it as sacred. So in the Revelation, we have a letter from John of Patmos, who receives his vision in the midst of a worship experience he receives on “the Lord’s Day” – on Sunday:

I, John, am your brother and your partner in suffering and in God’s Kingdom and in the patient endurance to which Jesus calls us. I was exiled to the island of Patmos for preaching the word of God and for my testimony about Jesus. It was the Lord’s Day, and I was worshiping in the Spirit. – Revelation 1:9-10

The early Church was divided about the appropriate day to worship.

Should it still be on the Sabbath, as God had commanded in the Torah? Or should it be on the Lord’s Day, since Jesus’ resurrect fundamentally rewrote the fabric of reality? We can see in some of Paul’s letters that the day of the week you chose to worship had become contentious for the early Church. In Romans he says:

Some think one day is more holy than another day, while others think every day is alike. You should each be fully convinced that whichever day you choose is acceptable. Those who worship the Lord on a special day do it to honor him. – Romans 14:5-6 (NLT) 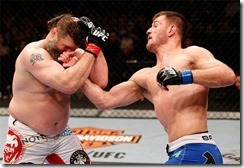 Saturday took it right in the face.

You can imagine the sides right? You have the Sabbath-day Traditionalists, the Liberal Lord’s Day camp and the peaceniks in the middle saying “Does the day really matter? Isn’t all that matters that we’re worshiping together?” It’s probably a good thing letters were a lot harder to write back then than blogs are today.

Though one silver-lining of this whole conflict is that we ended up with a two-day weekend. It could’ve been worse, right?

In the end, the Sunday-camp won out and today the vast majority of Christians worship on Sunday, the Lord’s Day. But does it matter?

And now we get to the long answer (which actually seems to be a bit shorter). God didn’t give us a Sabbath because he’s obsessed with Saturdays. The Sabbath is a day of rest, a chance to put down our labels and enjoy life with God and with each other. As I discussed in my message from Sunday, what really matters about Sabbath is that we take a break, not necessarily which day of the week we break on.

So technically Sabbath is Saturday. But don’t get all bent out of shape if someone tells you it’s Sunday. After all, it’s not the day that matters, but what you do with it.

BOTTOM LINE: Sabbath should still be a hallmark of God’s people – no matter what day we choose to take it.

YOUR TURN: How do you like to observe a Sabbath day? 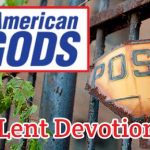 Sign Up for My Lenten DevotionalInfluence, Teachings, The Bible