I’m giving my 30th Birthday to HOPE International.  My goal is to raise $3,000 for HOPE’s war on poverty.  This post is my story: who HOPE is, what they do and why they deserve your money.  Please give to HOPE.  They’re changing the world.  And they need your help!

What’s the poorest you’ve ever been?  I think for me it was college – I lived paycheck-to-paycheck and definitely paid a few bills late.  But I never missed a meal (even if it was Ramen or an oven-pizza)  And I never feared I was going to be evicted.

I felt poor, but I didn’t know how much I really had. That changed when I visited the Dominican Republic with HOPE International. 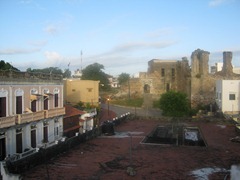 HOPE International is a microfinance organization, and one of their bases of operation is the DR.  They took a small group of us (about 10) down to show us exactly what they do, exactly how microfinance works.  Which was good because I had no idea what microfinance was. 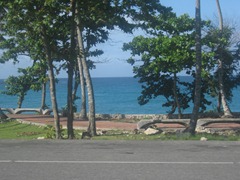 The DR is quite a paradox; on one hand it hosts some of the world’s most beautiful resorts.  Even the hotel in which we stayed in the capitol of Santo Domingo was relatively nice.  The city was typical of large cities in the developing world – somewhat dirty and crowded, but you can find anything you need, even if you don’t speak Spanish.  On the other hand… 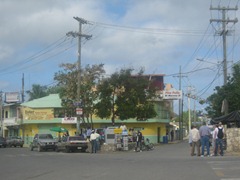 The second day of our (very short) trip found us climbing into a van early in the morning and heading out of Santo Domingo, towards the surrounding villages.  The change was nearly instantaneous – the buildings got more decrepit, the crowds thicker, the smells stronger.  The roads got worse and worse.

I was entering into poverty.  Real poverty.  For the first time in my life.

By the time we stopped, we were driving on dirt roads.  Through the middle of town.  Following our HOPE contact, we began weaving our way through the homes, following some indiscernible path only he knew.  Every step we took was over rubble and trash. 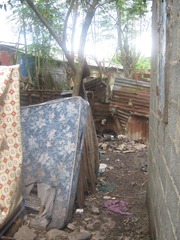 Dogs and chickens ran through our legs and children chased each other in and out of shacks made of brick and trash.  I saw no running water.  I saw no electricity.  The floors of the ‘houses’ were made of dirt.  This was an entire city of people living in pre-modern conditions, a way of life more primitive than an Amish community, far less quality and clearly not by choice.

We finally reached our destination (which I only knew because we stopped).  Our host greeted the resident of a house made of corrugated tin, and they began setting up plastic chairs in a circle.  Our host (the very awesome Clay Dudley) began to explain to us what was about to happen, and I began to grasp the miracle of microfinance: 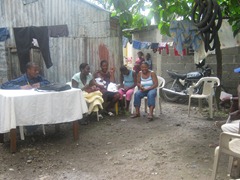 HOPE (and their local partner Esperanza) go into an impoverished community and invite a group of persons to participate in their microlending program.  The group is then assigned a leader (our guide), who works with them throughout the whole process.  He or she teaches them the basics of personal finance and helps them to choose a business to start.  Then, based on the type of business, the group leader arranges their loans, which range anywhere from $50-$200.

We met a man who builds wheelbarrows, a woman who walks to the larger, neighboring city and buys towels in bulk to sell to her town, and a man who does the same with used clothes. 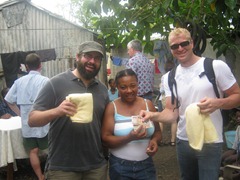 Once they’ve started their business, the group meets weekly to track their finances, put some of their earnings into a savings account and make payments on the loans.  Each member of the group cosigns on every other member’s loans, so they have a high degree of accountability.  The loans are paid back in 4-6 months, and at that point each entrepreneur may decide to take out a larger loan to expand his or her business.  Nearly every person does this – for instance, the man who built wheelbarrows now supplies three of the largest construction companies in the DR and has several employees.

HOPE’s system works.  Microfinance builds community and teaches people in the developing world to lift themselves out of poverty.

So much charitable giving simply creates dependence.  It teaches those who receive only to do that… receive.  But HOPE’s system teaches its participants to become wage-earners.  And it’s no surprise that nearly every person who starts a business through HOPE chooses to give back to HOPE.  And whereas many microfinance organizations actually pay you back when you loan a person money, HOPE keeps it and gives it again and again and again.  So if you give $50, it gets loaned out.  6 months from now, it’s paid back and loaned out again.  6 months later, it happens again.  And again… and again.

By the time I’m 40, you and I will have helped 600 people change their lives forever in a way we can’t even begin to understand.

You can give right here.  HOPE is an amazing organization, and their system works.  Thanks to HOPE, poverty is actually being eliminated, not just managed.

Please give and please spread the word!

Will you help me? 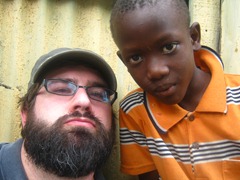 A hand up, not a hand out. – HOPE International’s motto