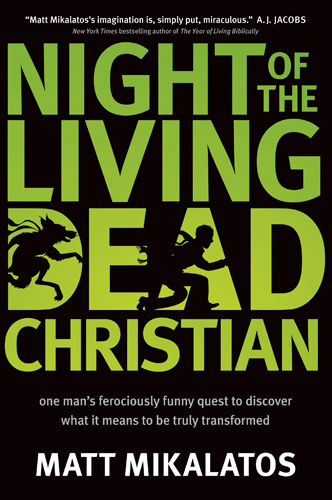 Back in October, author Matt Mikalatos released his excellent sophomore novel Night of the Living Dead Christian. I’ve already reviewed the book here, so you already know why you should read it. But Matt has graciously agreed to an interview on my blog. I got the chance to ask him a few questions about where the ideas for his book came from, and how he uses the monsters metaphor to explore spiritual transformation. Here’s what he had to say:

Love the book, especially how you use monsters to deal with some pretty heavy and dark aspects of human nature. What makes monsters such a good vehicle for exploring our darkness?

Monsters are ways for us to explore our deepest fears without talking about them directly. For instance, in this book I talk about the fear of losing control with your anger, but I can do it by talking about the werewolf. That puts a little distance in for us… I might wrestle with anger, but I don’t turn into a wolf. That distance can allow me to have insights into myself that sneak up on me and are unexpected. I think the reason this is a good way to talk about things like dark aspects of human nature, is that the darker human aspects is what caused us to come up with monster metaphors in the first place. “Frankenstein” is all about the defective, evil creation trying to figure out how to be better, how to connect with his creator and not be alone. “Dracula” is about dealing with a purely self-focused person who has power and wealth to manipulate and use others. “Phantom of the Opera” is about the abuses done to the neglected, impoverished minority, and how that in turn brings retribution upon the upper class. Or at least, that’s one way you could read it. In the same way, “The Walking Dead” can be seen as not only a zombie show, but a manifestation of white-collar city-folk fears about the world (The masses are rising up and killing everyone! I don’t know how to fix a tractor or drive an RV or shoot a rifle! Ahhhhh!)

Along those lines, why do you think Monsters (especially vampires and zombies) are enjoying such a revival in pop culture right now? 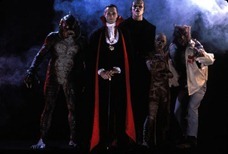 Vampires never go out of style. Certainly since the 70s we’ve not had a decade go by without at least one big vampire hit… Anne Rice’s books, The Lost Boys, Salem’s Lot, Twilight. Bunnicula. I don’t think Twilight has much to do with vampires, myself, but the fact that an ordinary girl (actually… probably a girl who is less than average) finds herself the center of attention in the supernatural world… the only girl in a century to catch the eye of the vampire love interest. I mean, as far as vampires go, they barely are vampires in those books. It seems to me that zombies (at least in the U.S.) become most popular during times of social upheaval, when we’re not really certain that society can hold it all together. We start telling ourselves stories about what that could look like. It allows us to warn each other (“Hey, let’s not cause an apocalypse here”), inform each other about what should be done if the worst case happens (“Find some other like-minded people, form a tribe, protect yourself”) and explore the morality of things (“Should I leave this guy handcuffed to the roof for the zombies to snack on and thus provide myself with more time to escape? Is that wrong? Anyone?”).

Part of what makes the book work so well is that the characters are so relatable. I kept seeing aspects of my own struggles with each of the monsters. How did you settle on these characters? Any you had to leave out or wish you’d spent more time on?

Luther came to me as his own man, already formed and talking and purely himself. The emotional coldness connected with the explosive anger as well as his family history (which we really only scratched the surface on in the novel).

Lara came about really as an amalgamation of a couple of friends of mine, but as she became more her own person I really grew to like her. (Actually, in the first couple of drafts she was a man!) At one point she threatened to completely take over the novel, and I had to pull her back. I’d love to do another story with her, she’s fun to write and has a lot of interesting character to explore.

I don’t know who else you’d be interested in knowing about… Hibbs and Culbetron are terrible characatures of a couple of my friends. In fact, Hibbs came into my office this week (our office, actually, we just started working together) and one of the interns came up to him and said, “I thought you’d be bigger.” That made me laugh.

NotLDC really critiques the idea that there’s a magic bullet (silver bullet?) when it comes to making Disciples. Can I assume that this is a reaction to the Church environments you’ve been a part of? Why do you think this is so hard for us to figure out? Who do you know that’s doing it well? 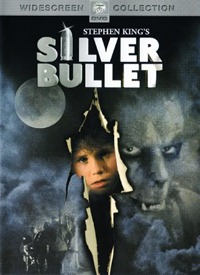 The problem with cookie cutter anything in the spiritual world (evangelism, discipleship, church growth) is that it necessarily cuts out the Holy Spirit and his direction. What I mean is, if I lay out five steps that GUARANTEE church growth, chances are that this is because I (the author) did something that worked at my own church. God can certainly work that way again. He can do whatever he wants. But it’s a pretty easy line to cross where I can follow the five steps and then say, “Wait a minute, why didn’t my church double to five thousand members? I started a multi-site and re-carpeted my pews and handed out cigarettes on the street just like that book said….” And suddenly it’s about what I did, not what God is doing. All that to say, it’s hard to follow Jesus the way he asks us to. It’s comforting when someone says they have specific, concrete answers to all our vague and difficult questions, and it’s tempting to take those and run with it, to say, “Lord, I will do what that guy did” instead of “Lord, what do you want me to do?”

As for who is doing it well, I think that shifts and changes for all of us. I might do it well for six months and then get distracted. Someone else might have a spectacular, world-famous ministry and not be actually following Jesus well at all. It’s surprisingly common.

Thanks for your time, Matt! What did you think of NotLDC? Any more questions for Matt?

Book - Night of the Living Dead Christian by Matt Mikalatos