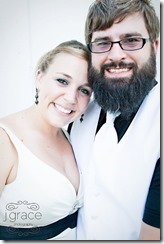 Five years ago today, I became Amanda’s husband. I also became JR. Forasteros. If you haven’t heard the story, when Amanda and I decided to marry, we chose a new last name together (rather than her taking my name, me taking her name, hyphenating or smashing our single-names together). Forasteros is Spanish for “traveler” or “stranger”. It’s the word Spanish translations of the Bible use in all those places that speak of caring for the stranger or welcoming an alien among you as one of your own.

We believed God was calling us to a life of radical hospitality and radical adventure. We would both welcome the stranger and be strangers.

We took a new name to represent the covenant we were entering into – as Abram became Abraham, as Jacob became Israel, as so many times in Scripture, God names to create, we became Forasteros. One week later, on Saturday, August 1, we drove our two vehicles to Ohio to begin a new life in Dayton, the Gem of the Midwest.

In the last 5 years, we’ve done our best to live up to the calling God has placed on us. We’ve made countless new friends. We’ve ensured that all three places we’ve lived (even that awful apartment in Meadowrun) has a guest room for our frequent visitors. The number of guests at our home at any given time has become something of a punch line, even if it’s not a Smoker Saturday.

And we’ve done a bit of traveling. 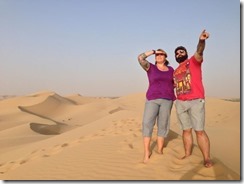 We spent our honeymoon in Puerto Vallarta, Mexico, where I sang “La Bamba” accompanied by a Mariachi band. Amanda led 4 trips to Honduras, and was joined by her mom, cousin Joey and my Grandma Barnes on various trips. I took three friends with me to New York to visit my brother. We visited Los Angeles, San Francisco, Tucson and made at least eleventy-seven trips back to Missouri for weddings and whatnot.

I got to spend 2 weeks in Israel, and then return to the Middle East with Amanda a couple of years later with Amanda to visit my parents in Abu Dhabi. And we can’t forget the legendary BroBQ Tour of 2013.

I’m writing this post on the shores of Lake Erie, where we’re concluding a marathon 2-week “vacation” that’s included both sides of the family, new tattoos for both of us, seeing both of my grandmothers, my biological niece and both nephews, and my first MLS soccer game (long story).

These first 5 years have flown by, and I can only say they’ve been truly amazing. I am inexpressibly grateful for Amanda, for the person she is and the person we’re becoming together. I can’t imagine a life with anyone else, a life of becoming anyone else together. 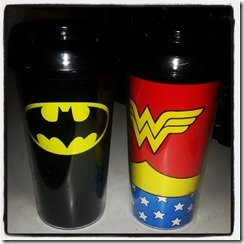 We’ve packed a lifetime of friends and journeys into 5 years; I can’t wait to see what the next 5, 10, 50 hold for us. Here’s to the road ahead. May it be full of ups and downs, twists and turns, friends and strangers. Because straight roads are boring, and what’s a stranger but a friend we haven’t made yet?

I love you past the end of time. May we be strangers together forever. And may we always find our home in each other.