Dayton, OH has been home to Amanda and me for the past 5 years. That’s 5 years of exploring a city we’d previously heard basically nothing about. But to our pleasant surprise, Dayton has more than lived up to its nickname: The Gem of the Midwest. Since we’re moving to Dallas, we’re going to miss Dayton, OH.

It goes without saying we’ll miss our Church and the friends we’ve made here. The people who’ve allowed us to become part of their lives, and the people who’ve been there for us.

But I wanted to make a list of the things we’ll miss about Dayton, the city.

So here are 10 things we’ll miss about Dayton, OH, the jewel of the midwest, our first Forasteros home. 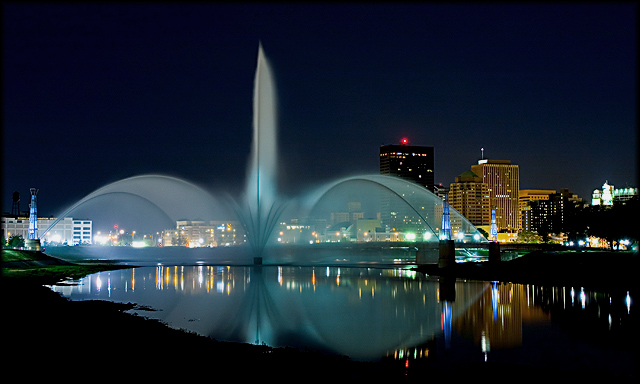 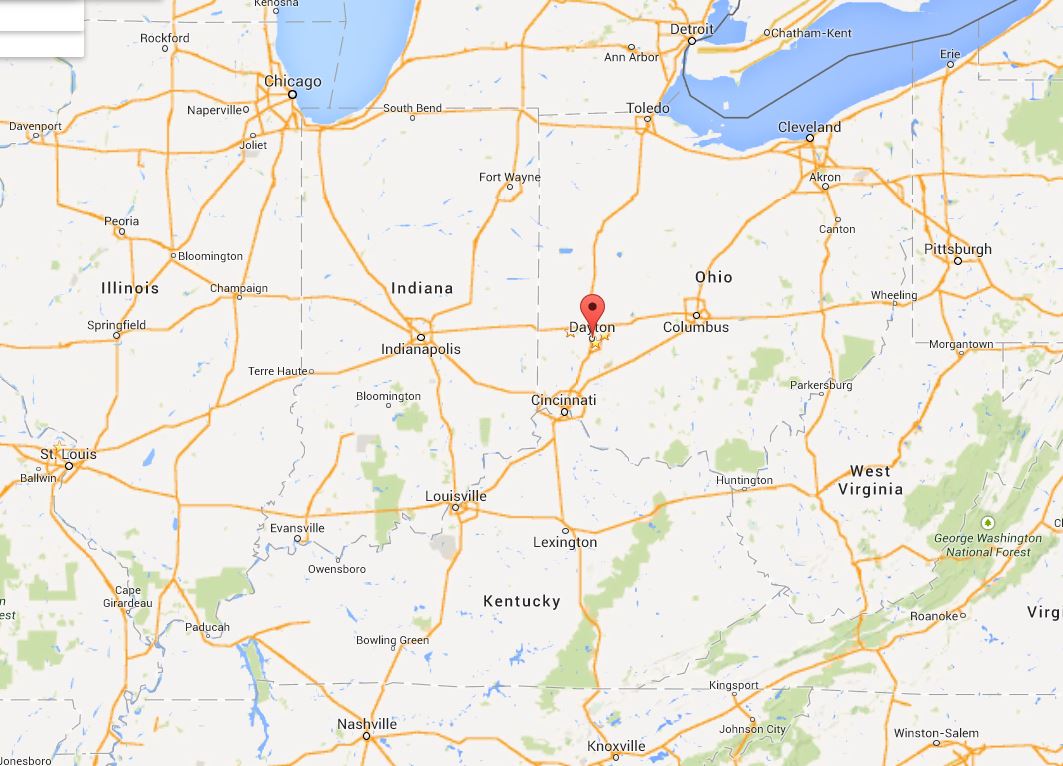 A Rough Estimate of Everything within 5 Hours of Dayton

Dayton has a fantastic location – within a day’s drive of something like 60% of the US population. From Dayton, we can get to New York City, Atlanta, Memphis, Kansas City and Chicago, all within 10 hours (not to mention everything closer – Indianapolis, Louisville, Cincinnati, Columbus, Cleveland, Detroit, and so on). This has led to some truly epic road trips – from a weekend on Staten Island to the unforgettable BroBQue Tour. Nashville for the Q Conference? No problem. Pittsburgh for a Monday Night Steelers game? Done.

As far as I can tell, the only thing we’re close to in Dallas is more Texas. I’m sure we’ll enjoy Austin and Houston and San Antonio. But we’ll miss being so close to so much of the country.

One of the first nights in town, Amanda and I found our way down to Dayton’s Riverscape. It’s a beautiful setting along the Miami River, just after it merges with the Mad and three other rivers. The centerpoint of the Riverscape is a huge, beautiful fountain at the center of where the 5 rivers meet. Amanda and I discovered this fountain by walking beneath it when it went off (it goes off for 16 minutes, every hour, straddling the hour – :52 to :08).

Dayton has more invention patents per capita than any other city, which has led it its being hailed as the Inventors’ Capitol of the World.

The Riverscape celebrates this with creative statues and fountains. One statue is, of course, dedicated to the Wright Brothers, Dayton’s first sons. Another is dedicated to the first search engine, created for the Ohio State University Law Library. Another celebrates Charles Kettering, who invented the internal combustion engine. And my personal favorite celebrates Ralph J. Stolle, inventor of the pop top.

The Riverscape also commemorates the Great Dayton Flood of 1913, a Katrina-level flood that nearly wiped the city out over 100 years ago.

With pillars show the high-water mark and pictures that give a sense of the level of devastation, the Flood Monument makes a nice piece of history set in a gorgeous surrounding, splash-pad and river walk.

I will miss writing sermons down at the Riverscape, sitting with the sun at my back, the river over my laptop and the city rising around me.

If you want to learn a little history of Dayton or just get out and relax, the Riverscape is a beautiful, fun place to start. 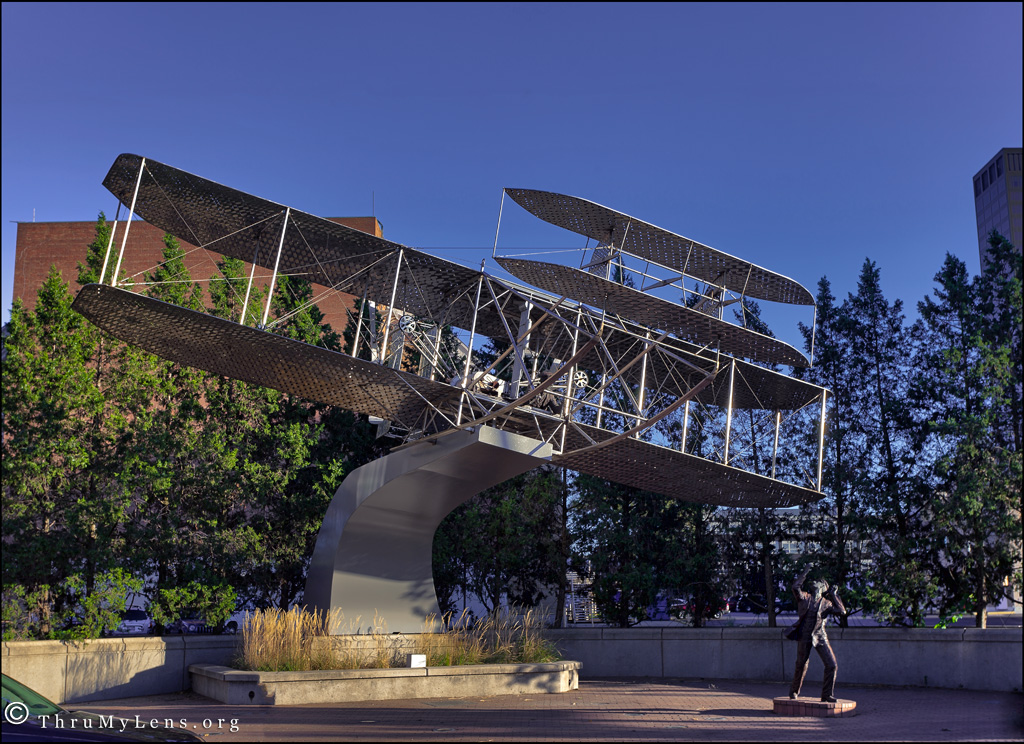 Dayton's Riverscape is full of Amazing Sculptures like this! 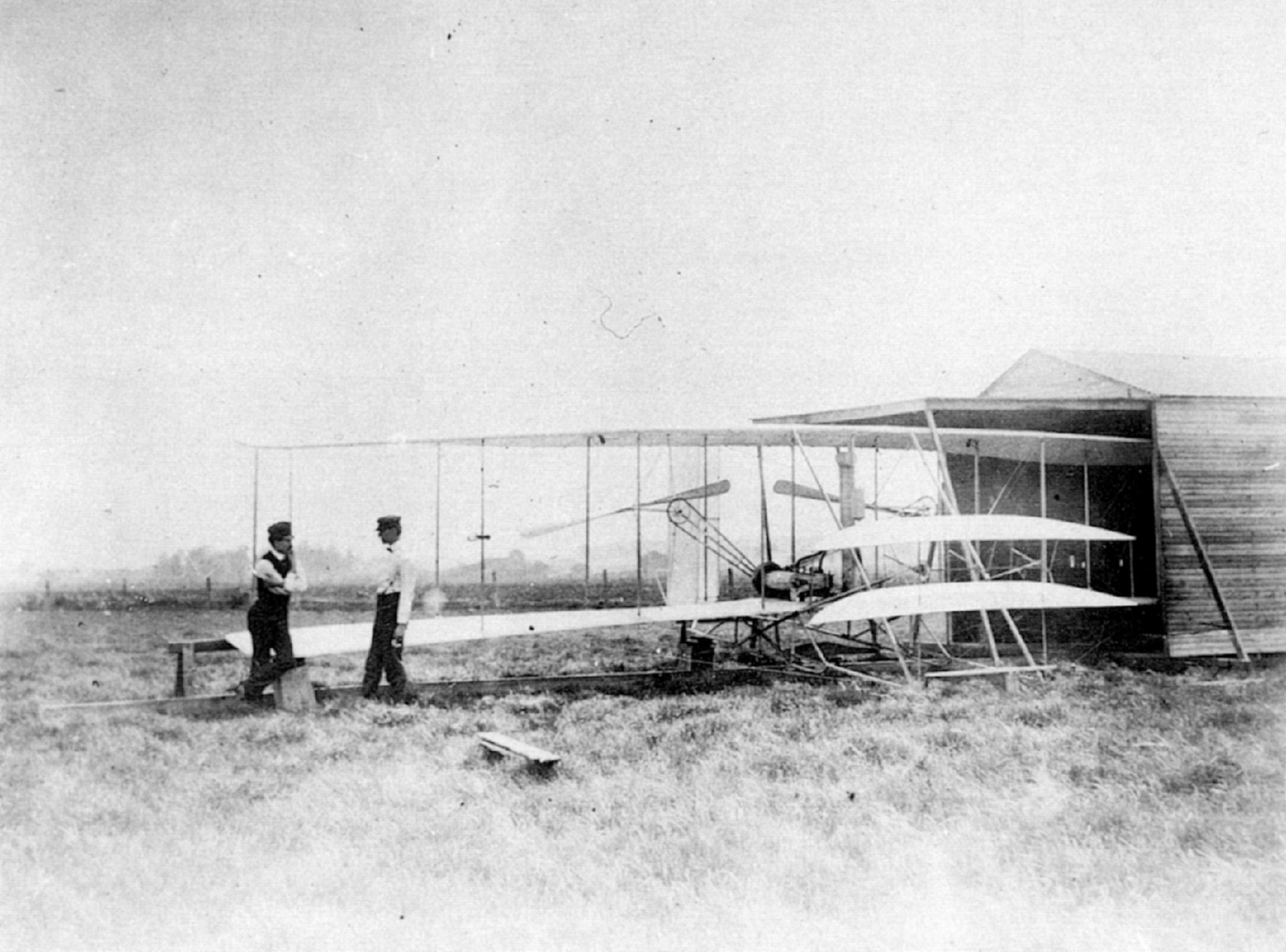 Orville and Wilbur Wright and their Wright Flyer

Dayton is the home of the Wright Brothers. The weather conditions at Kitty Hawk, NC may have been more favorable to get them off the ground the first time, but Dayton is where they perfected their plane, learned how to keep it in the air, steer it and land it. On Huffman Prairie, which is now part of the Wright-Patterson Air Force Base, Orville and Wilbur made human flight a real possibility.

The Air Force Base has a tremendous museum dedicated to flight, and it’s free. In addition, you can visit one of the Wright Brothers’ original bicycle shops, which is now part of a museum (also free!) dedicated to the Wrights and to Paul Lawrence Dunbar, a black poet and publisher who was friends with the Wrights.

The Wright Brothers story is a fascinating part of Dayton’s history. The museums are well-worth your time while you’re in Dayton.

Where do I even begin? Though they took us some time to find, Dayton has some unparalleled dining experiences. Be sure to try:

None of these will leave you disappointed. 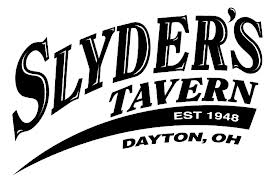 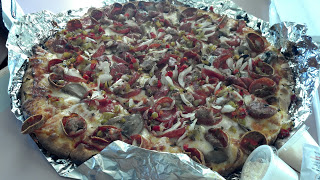 Dayton-style Pizza isn’t a food. It’s a whole experience. Dayton-style pizza is an ultra-thin crust piled high with toppings. And even if you’ve heard of Marion’s or Cassano’s, you probably haven’t heard of Joe’s or Kramer’s. Joe’s is the best pizza I’ve ever had. It’s a killer atmosphere – an old, greasy dive that serves up the best Dayton-style pizza you can get (Marion and Cassano both got their starts at Joe’s). I recommend the pepperoni, sausage and onion. Don’t forget a bag of Mike Sells Good-n-Hot chips to round out the Dayton pizza experience.

Kramer’s is a close second (though if you ask Amanda, it’s the best). Kramer’s is a UD dive bar that also has a great atmosphere. They serve other food there, but I couldn’t tell you what it is. You don’t need to know, because their pie is perfect. I’d tell you to get a pepperoni, sausage, onion, but Amanda will toss the onion for some fresh mushrooms.

Not only does Dayton have the best pizza, you can get the best wings too, if you’re willing to be a bit adventurous.

Honorable mentions must be doled out to Nick’s Bar in Xenia and Romer’s in Bellbrook. These joints have huge wings with great sauces. You’ll love them.

But if you want the best wings you’ll ever eat, head up to Tipp City, and look up a little place called Hinder’s. They only have three flavors: Easy-Sittin, Butt-Warmer and Ass-Kicker. Go for the hottest (it’s not that hot), or get the Butt-Warmer and some hot on the side for dipping.

Take some time to get up to Tipp, and you’ll thank me.

Ghostlight is one of the best coffee shops I’ve ever been to. The location is great, the atmosphere is great. The staff is generally friendly and fun. Ghostlight is a great place to meet up with a couple of friends, do some writing or just read. Ghostlight was my favorite sermon-writing spot when it was too cold to head down to Riverscape.

The product is also fantastic. They get their beans from local roasters and they stay on top of the latest fancy ways to brew coffee the kids are using these days (right now it’s Nitro coffee).

You’ve probably read more about Press, another Dayton coffee shop that for some reason gets more ::ahem:: press than Ghostlight. Don’t buy it.

Head down to Ghostlight Coffee and make your taste buds happy! 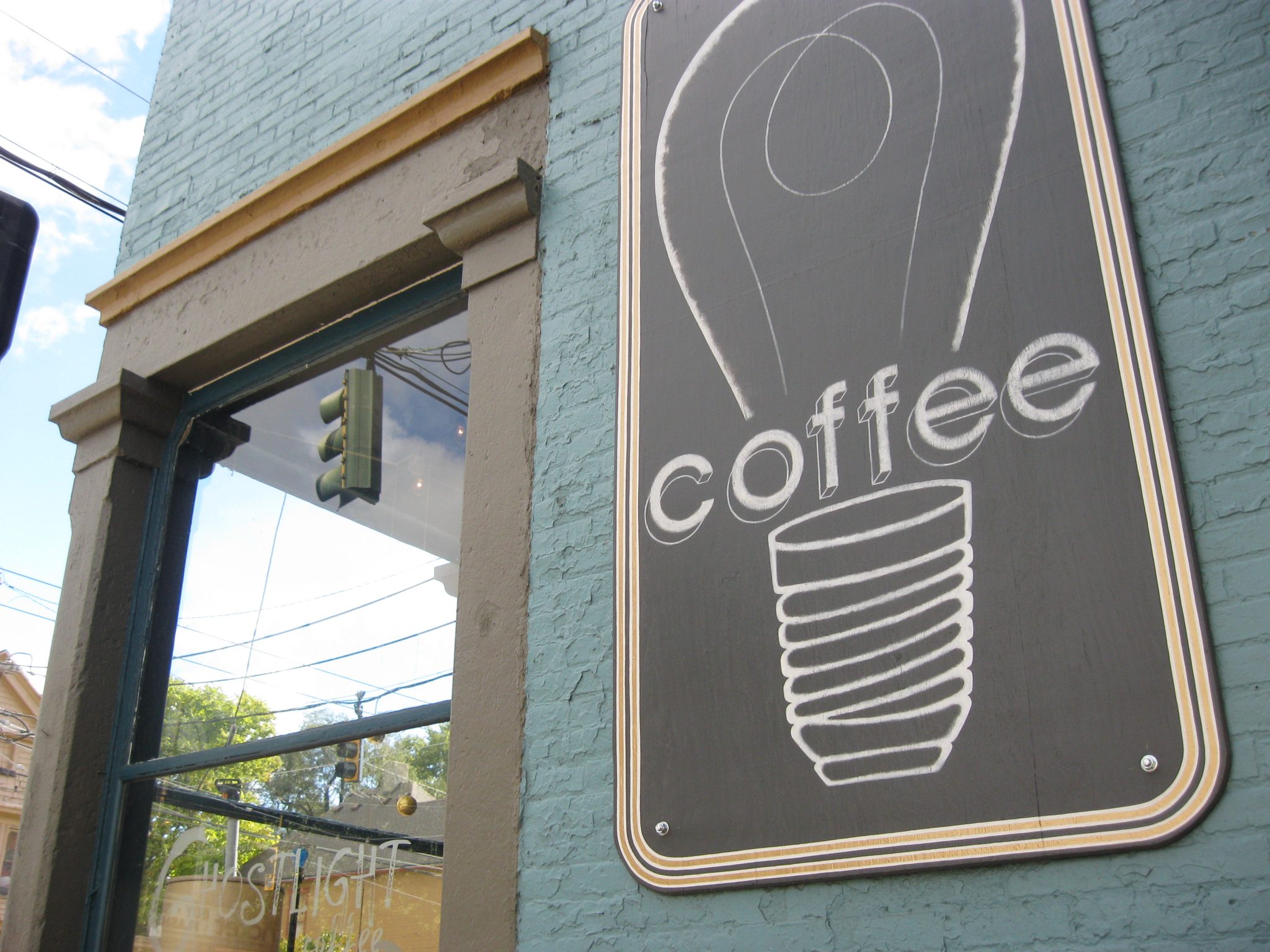 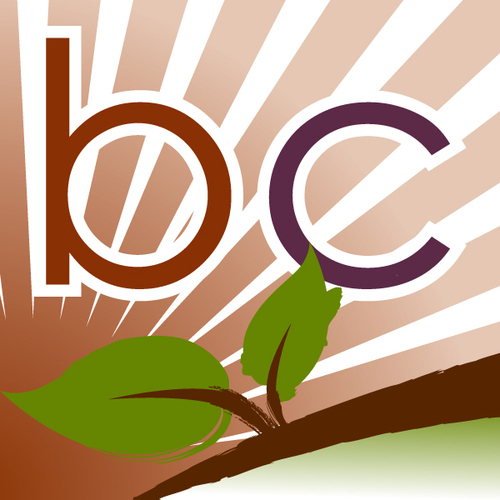 Of course my favorite coffee shop in Dayton is the Bridge Cafe. Amanda and I originally came to Dayton to run the Bridge Cafe, and she’s been there for the last five years. Under her leadership, the Bridge Cafe has become a haven for hundreds of college students. The fantastic coffee, milkshakes and smoothies are only the beginning.

The real magic of the cafe is the safe space it provides. Amanda and her team have crafted a warm, welcoming environment. It’s a place just about everyone wants to pull up a chair and relax. If you’ve never been, you owe it to yourself to stop by a Free Weiner Wednesday (on Tuesday) or an Open Mic Night on Wednesday.

And if you don’t want a coffee, try the Big Red Italian soda. It’s a personal favorite.

The Dayton Dragons are a Single A farm team for the Cincinnati Reds. Since their inaugural game, they’ve sold out every game, leading to a record in all Major League sports. The record is well-deserved: a Dragons’ game is one of the best tickets you can get. The behind-the-scenes team at the Dragons puts on an exceptional event that’s fun, family-friendly and non-stop entertainment, all wrapped around America’s Favorite Pastime.

So if you never have, make it a point to catch a Dragons’ game! And if you need help getting tickets, let me know. 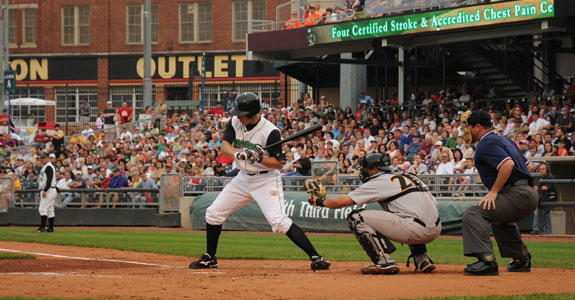 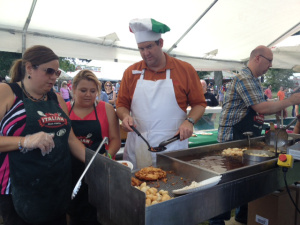 Every Catholic school has its own fest or fish fry.

Yes, Ohio, you know how to party. I don’t even care that every festival is essentially the exact same group of booths and food trucks. It’s glorious.

Over the five years I’ve been in Dayton, I’ve been part of an incredible group of guys. From ill-advised road trips to cooking meals together, from hospital trips to visit new children to agonizing together over the loss of parents, grandparents and relationships, these guys have shaped who I am. In their living rooms. In my backyard. Around their grills and dinner tables. At a drag strip. Eating BBQ. Or pizza. Or wings. Watching Dexter or Game of Thrones. A Monday Night Steelers’ game in a December rainstorm. Belly-flop competitions.

I have made life-long friends in Dayton. Friends who show me what God’s love looks like, friends who spur me on to be better. These men prayed for me. Challenged me. Trusted me with their secrets. I am grateful that leaving Dayton doesn’t mean leaving these friendships. Because I can imagine my life if I never walk the Riverscape again. Never see another Dragons game. I can even imagine never eating Joe’s pizza again. But I cannot imagine my life without these brothers.

In the end, what makes Dayton truly precious to me is the friendships I’ve made here – they’re more home than any monument, history or cuisine.

There you have ’em! My Top 10 Dayton Gems. What do you love about Dayton? 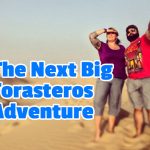 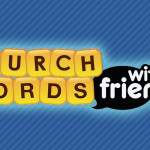