Last week, Seth Godin wrote an excellent post declaring that "50 is the new 30". In it, he claims that

In just about every cultural respect, fifty year olds are living, acting and looking more like thirty year olds every day.

As usual, Seth is right on the money, but this change for 50-year-olds is part of a larger trend in our whole society.

Since life-expectancy has increased, our life-seasons have lengthened, too.

Since 1930, the average life expectancy has increased by 20 years (from 60 to 80 years old). That means we’re living one-third again as long as we were only a few generations ago. That’s a huge amount of additional life! 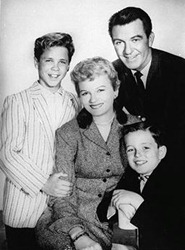 Since the Industrial Revolution, we’ve developed a script that most of us follow as we age:

In the last 150 years or so, we’ve incorporated Education and Retirement into that cultural script, so that now it’s (roughly):

That script used to be crammed into 60 years of life; now it’s spread across 80. 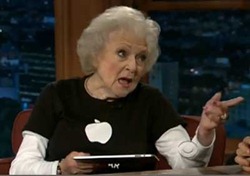 Before about 40 years ago, by the time a person was working and had children, a person could reasonably expect to have 40 more years of life. When Social Security was introduced in 1935, Retirement age was set at 65, which was right at the average Life Expectancy. But now, most people live until 80, and many live longer. Where once a person had 5 years or so of retirement to look forward to, now it can be upwards of 20 years, half as long as their career!

Today, many retirees can’t afford to stay retired that long. And with so many advancements in medical technology, old age isn’t as debilitating as it once was. So for many of the retired population, continuing to work is a legitimate, attractive option. The AARP features a section on their website dedicated to second careers. It’s no wonder some have (maliciously) declared that "Wal-Mart is the new Florida". 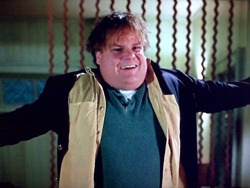 In the past few years, everyone’s been discussing the growing trend of Extended Adolescence. It seems that more and more men are taking longer and longer to move through the "stages of adulthood". Most pundits, pastors and commentators see this as a problem: for some reason, males just aren’t growing up as fast.

Leaving aside for the moment all the problems with "growing up" as a category, let’s step back and look at the bigger picture:

Every other age demographic is slowing down. Why wouldn’t adolescence as well?

If Extended Adolescence is a problem to solve (rather than the continued evolution of our culture), then so too are the Boomers who don’t want to get old and the retirees who are taking all the jobs that used to go to teens.

But what if these aren’t problems to solve? What if this is just a big change to our cultural script?

The reality is that the Script we expect everyone to follow isn’t sacred. It’s not – as its defenders would have us believe – some monolithic pattern that humans throughout history have followed unchanged since the beginning of time.

What it means to be a fully mature, robust adult changes from culture to culture. We didn’t even have public education until the last 200 years or so. Universities aren’t that old in the grand scheme of the human race. And in the Biblical World, a guy never left home to strike out on his own. He lived with his father until Dad died, then took over as the new patriarch.

Now we’re seeing the Script change again, this time in response to our growing life-span. Rather than fight it, we should embrace and engage it. How?

YOUR TURN:  Do you agree that all stages of life are extending? What does this look like for you? What do you think comes next?

A Guide to Practicing Lent