Fuse is the second installment in Julianna Baggott’s Pure trilogy, and like any good second installment, the world expands, the stakes get higher and the characters sink to depths that make us fearful for them. In my review of Pure, I highlighted the religious overtones of the book. In Fuse, Baggott continues to weave reflections on faith, fundamentalism and our future into a story where these elements are an organic part of the world.

Fuse isn’t a morality tale about the dangers of religion, but we’d do well to heed its warnings.

As Bradwell comes to understand the Fundamentalist character of Willux’ worldview, he reflects on the nature of our world – his ‘Before’.

During the Before, the box we stored God in kept getting smaller and smaller. On the one hand there was science. And with all that science, Willux thought he could play God. And then on the other hand, there was the church invented for their own purposes— where the rich knew they were blessed because they were rich. Once one person’s better than another, it lets people get away with all kinds of cruelty.

Bradwell’s words ring true as a prophetic description of the Modern world.

As Science pushes God further and further out of the public discourse, humans can more easily play God. 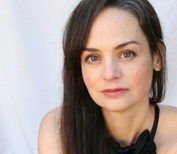 The Fundamentalist answer to this has been to “take science back for God” through organizations like the Discovery Institute and Answers in Genesis. These groups fail to appreciate the significant differences between the pre-Modern worldviews of Biblical writers and the assumptions of Modernity that underpin the Scientific method. The way Fundamentalism uses Science is the like bringing a knife to a gun fight. We’d do better to lay down our weapons and deny that any conflict between Faith and Science exists at all. In Bradwell’s words, Julianna points out how complicit the Church often is in consolidation of power. Though the Return to Civility and the Righteous Red Wave are fictions, we recognize them. The seeds of that brand of Fundamentalism grow around us, and we know the fear that they may not be far from bearing fruit.

When the Church seeks political power, when the Church divides the world into Sinners and Saints, we sacrifice our witness to the life and work of Jesus.

Here again, the world of Pure turns a principle into a picture. The Dome takes Fused children and turns them into Pures, releasing them back into the world unable to speak anything but the Dome’s own twisted doctrine of Salvation. So, too, can the Church compromise its witness. A popular strand of Christianity advocates withdraw from the world. Fused New converts are plucked from the World and made into feeble copies of the Pures Christians who ‘saved’ them. They’re then sent back out into the world programmed trained to spread the Dome Doctrine Church’s Evangelism techniques.

Bradwell’s birds. Can these scars be redeemed?

Bradwell rejects the possibilities the Dome’s technology represents. He sees real beauty in Pressia, and in the broken world. He tells her

You want to erase your burns. You want to be like them. — Bradwell “Is there something so wrong with that? Really? Is wanting not to be disfigured and burned such a crime? …I still have this memory of who I was. I want that person to exist. I want to be wholly me.” — Pressia You are whole, Bradwell says. …You go around seeing beauty in all this wreckage, but when will you see it in yourself?

Bradwell doesn’t want to return to some primeval purity. He recognizes that he has been irrevocably changed by the Detonations, and he wants to move forward. He also understands the basic hypocrisy of the Dome. Though they look Pure, they’re more monstrous than anything that exists outside.

So too, we must reject any Gospel that takes us out of the world. Jesus came into the world, not to condemn the world, but to love it.

The Incarnation is an embrace of the world. God loves us as we are, and does not erase our scars, but redeems them. Our sins, our mistakes, are part of who we are. Any redemption worth having is one that must redeem those scars, not make us forget them. We’re not Pures. We’re all Fused, and we owe it to the world not to pretend otherwise. Any Gospel that rejects the world for its evil misses the core of who God is. It’s a false Gospel that’s shut God away in a box.

Maybe [the box] just kept getting smaller until only a speck of God still exists, maybe only an atom of God.

Bottom Line: Fuse is another stellar entry in the Pure story. The world gets bigger, the stakes get higher and you’ll finish wanting more.

YOUR TURN: What did you think of Fuse? Do you tend to flee from or embrace the world?