We're told to "Follow our hearts," but we know desires can be destructive. How do we know the difference between desires that bring life and those that lead to hurt? Jesus invites us to love God with all our hearts, and discovering what he meant by that gives us the key. When we allow the Spirit to order our desires, we find the path to a fully human life!

In 1997, filmmaker Woody Allen shocked the tabloid world by announcing he was divorcing his wife, Mia Farrow, for another woman. The other woman in question was Soon-Yi, a 21-year-old woman Mia Farrow had adopted before she married Woody Allen.

Yes, Woody Allen married his step-daughter. A few years later, famed biographer Walter Isaacson interviewed Allen for TIME magazine. When he asked what we’re all thinking – “How could you marry your step-daughter?!”, Allen responded by quoting the poet Emily Dickinson. “The heart wants what it wants. There’s no logic to those things.”

The heart wants what it wants. Normally it would sound quite romantic.

But Allen’s use of the quote asks us to pause for a moment and press here, to see if this statement holds weight. Allen would have us believe he was captive to love, that his desire for his step-daughter was so strong it overwhelmed reason and cultural convention. But his marriage reveals what we know deep down – following your heart isn’t always the wisest option. Our hearts, it turns out, are sort of dumb. They don’t think about practicality. They don’t consider long-term consequences. They just… act.

Our hearts are more complicated than we like to admit. On one hand, the Follow Your Heart folks think our desires are wholly trustworthy. Do it if it feels good and you’ll be okay. On the other hand (and this is where a lot of Christians end up), a lot of us think desire is dangerous and shouldn’t be trusted in any way. Some go so far as to say, If it feels good, it’s probably wrong.

We’ll see today that our desires are essentially human, which means they’re good gifts from God. But sin has poisoned our desires, and made discerning the good in them complicated.

If we are willing to do the hard work of learning to hear the Spirit’s voice in our lives, we can learn the wisdom required to sort through our desires and find a full, flourishing life.

Join us Sunday as we learn how to find God in every part of our selves. 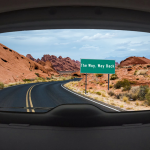 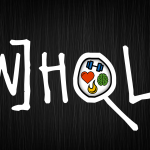 Love God with All Your SoulSermons, Teachings