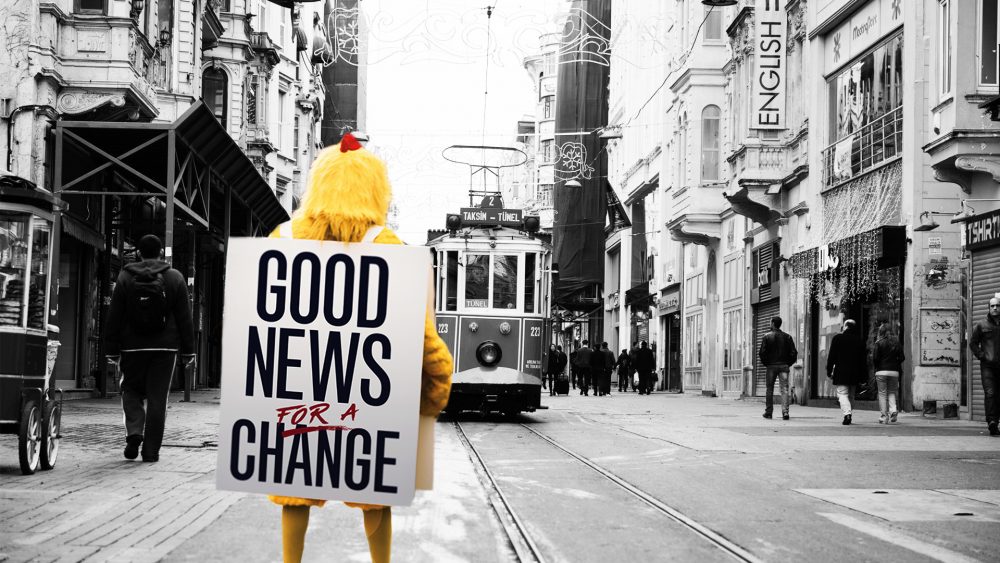 In sharing good news, we debate whether to lead with good works or with powerful words. But Jesus' example shows that to be a false dichotomy. We share good news when we ARE good news, when our words match our actions.

I went to grad school at the University of Missouri, aka Mizzou. Just outside the library at Mizzou you can find Speaker’s Circle, which is a space the university has reserved for what they call “unrestricted free speech,” which basically means anyone can show up and say whatever they want. About twice a year, a travelling evangelist named Brother Jeb came and set up at Speaker’s Circle for a week or so.

He stood in the center of the circle with his King James bible thrust high in one hand and shouted at people. He told anyone and everyone walking by that they were going to hell. He told me on multiple occasions I was headed to the fiery depths. He called women all kinds of horrible names, accusing them of every manner of sin.

The Christian kids on campus tried everything we could think of to get him to stop. Some of us argued with him, lobbing bible verses back and forth at each other. Others tried gentle, kind conversations or even acts of kindness – offering water or food. Nothing curbed his acid tongue.

Brother Jeb’s visits to Speaker’s Circle were particularly frustrating for Christians because there was a lot we agreed about – we too wanted the people on our campus to know God, to know that God wanted a relationship with them. We believed sin separates us from God and that sin has consequences – both temporal and eternal.

It wasn’t Brother Jeb’s message, but the way he delivered it – totally devoid of love and care for anyone (even those of us who were ostensibly on his team!). It was that the thing he was saying (You can spend eternity with God) didn’t match how he was acting (cruel and judgmental).

Brother Jeb is an extreme example of a tension most of us feel when sharing the Good News about Jesus. Should we do it with words or with our actions?

We shouldn’t feel a tension there. God calls us to be a people who shares good news and lives good news.

Both our words and our actions are to demonstrate the love of God, and when we seek out that wholeness, we embody Jesus’ good news no matter where we are or who’s listening.

Join us Sunday as we consider how to align our words and our actions so they’re both good news! 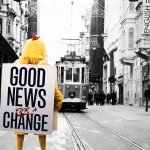