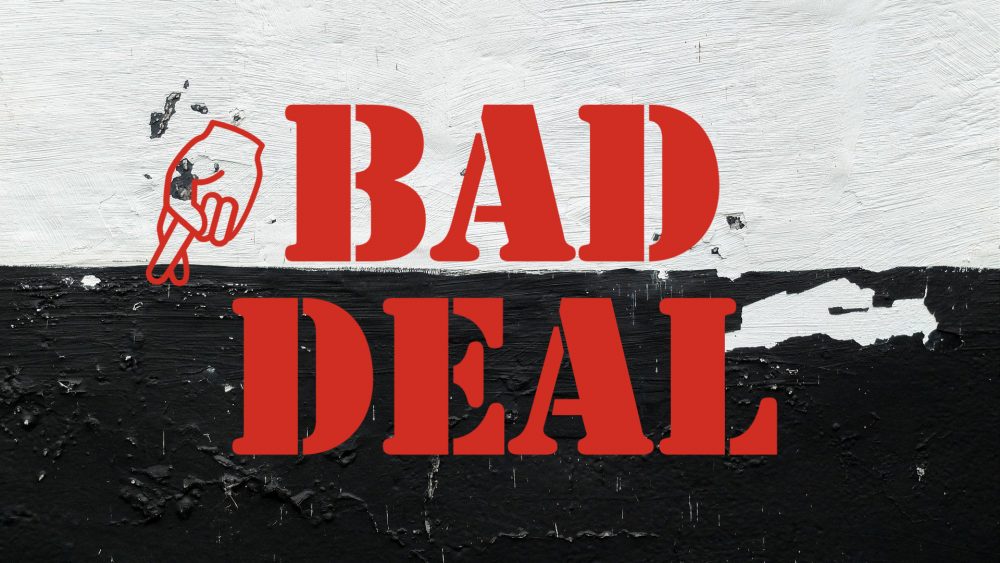 We've all heard "You're not yourself when you're hungry." But what if the opposite is true? What if something as basic as hunger shows us our true selves? When we're not the masters of our desires, we will miss what God wants to do in our lives and in our world. Jesus shows us how to master our desires so we can be present to God.

You know those snickers commercials that feature a celebrity in a strange situation. The first was a 2010 Super Bowl commercial featuring Betty White playing football with some random, much younger guys.

After a few seconds of shenanigans, someone hands the celeb a snickers bar, and when they eat it, they transform into someone who fits much better into the scene, and then the tagline comes up: You’re not you when you’re hungry.

Is it any wonder that commercial resonates? We all know what it feels like to go too long without food – we feel low energy, maybe even light headed. We get grumpy – or if we’re trying to play off how grumpy we are, we call it ‘hangry’.

We love the messaging that that person we are when we’re hungry isn’t the real us. They’re a whole different person.

But of course, we know the truth, deep down – that person is us. Food has a power over us – one we don’t tend to acknowledge, particularly in a society like ours where food is so plentiful.

The vast majority of us have never known the pains of real hunger, the uncertainty of where the next meal is coming from. Even still, we know deep down that food is powerful. In fact, it’s our ability to be a ‘breadwinner’ that defines many of us – and we understand that the most basic function of our work is to fill our bellies.

About 100 years after Jesus was born, a Roman satirist coined a phrase familiar to many of us. Juvenal wrote that the Roman people, though once great, have abdicated their power and “anxiously hopes for just two things: bread and circuses.”

Food and entertainment. That phrase – bread and circuses – caught our collective imagination because we know it’s true. If you entertain and feed us, we’ll put up with almost anything. We’ll give away our freedom for a little bit of food.

It was true in Rome’s day and it’s true today. But Jesus offers us something different – a way to say No to our desires. I want to explore the freedom Jesus invites us into today, a freedom that begins by insisting we are us when we’re hungry – that hunger can, in fact, reveal who we really are.

Only by that recognition can we begin our journey into God’s freedom.

Join us Sunday as we witness Jesus’ path to mastering our desires.