God is Not a White Man

God is Not a White Man 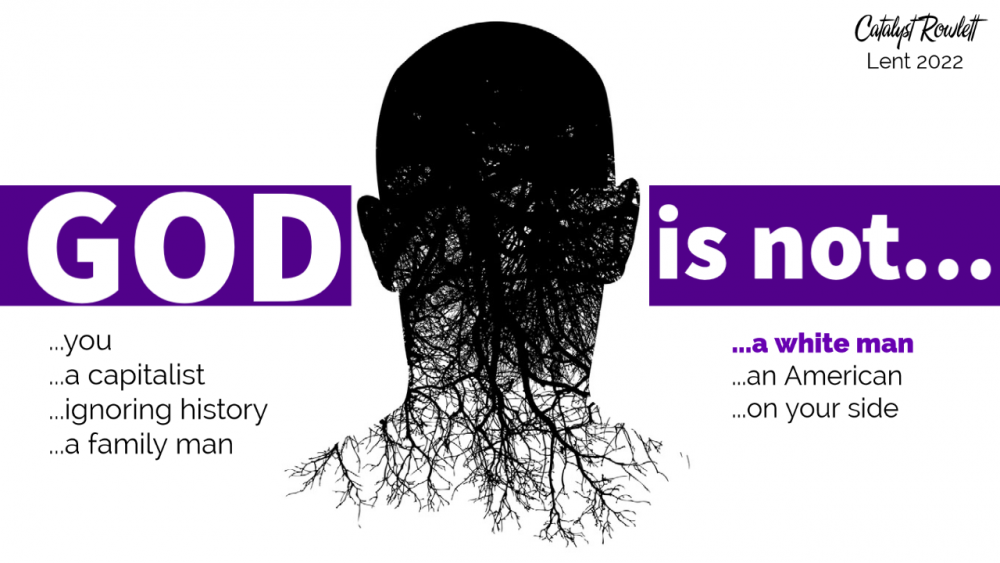 Christianity has a long history of oppressing both women and peoples of color - often using the Bible to justify it. But Jesus is the God who freed the Hebrew slaves, who comforted the Exiles, who appointed a woman as the first apostle and preacher. What does a faith that rejects misogyny and racism look like? How can we affirm that God is not a white man?

Probably my favorite TV show of last year was Reservation Dogs, a comedy about four Native kids growing up on a reservation in Oklahoma. The four kids are reeling from the death of their friend Daniel, who had dreamed of leaving the reservation to live in California. The show is hilarious and heartbreaking, a seamless representation of what reservation life looks like and the tensions between longing to stay and wanting to leave.

My favorite character is a young woman named Willie Jack (played by Paulina Alexis), and there’s a moment in the episode that focuses on her that sort of haunts me. Willie Jack and her dad have gotten up before sunrise to go hunting – they’re after a deer that has eluded them for seasons. As she drinks coffee, Willie Jack looks at a picture of Daniel hung on the wall. She begins talking to him, telling him she misses him and that they’re going to go hunting. She asks him to help her bullet fly straight.

It hit me that she’s praying.

And then, she underscores that prayer by glancing at a picture of Jesus (it’s actually a painting called Christ on the Mount of Olives that has become a commonly available print). She takes another sip of coffee and says, “Sup, White Jesus?” before heading outside to begin the hunt.

When Willie Jack prays, she doesn’t pray to Jesus. And why would she? The only Jesus she knows is this pasty, disinterested white man who looks down on her from his perch atop a mountain.

Is it possible, though, that Jesus is the God of Willie Jack, too?

That the hurting teen growing up in the most marginal of spaces our country has, the grieving teen who feels most solidarity with a dead friend, that she might find comfort, power and hope in the God who became human?

But when we see that the white, male image of God is a false image, an idol we created, we can discover the liberating truth – that God is good news for all of us – especially people like Willie Jack, Daniel and all those who live on the margins.

Join us Sunday as we find the liberating good news of a God who is not a white man.

God is Not a Family Man

God is Not an American