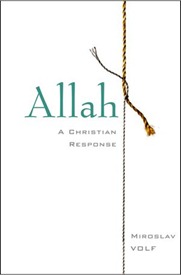 Probably the single most important question facing our world right now is whether Christians and Muslims can coexist. Over half the world’s population belongs to one of these two religions – each with its diverse sects and denominations. And violence has characterized their clash since the Crusades. In the last century, Muslims and Christians have waged genocide against each other in Eastern Europe. And of course in the last decade, the clash of religions has reached the West thanks to 9/11 and the US wars in Iraq and Afghanistan.

In the predominantly Christian West, we’ve done a poor job even of understanding our Muslim neighbors, let alone loving them.

Enter Miroslav Volf, a Serbian-born American theologian (and one of my all-time favorites). As he relates in Allah, Volf grew up in a world where Muslim-Christian relations were even more tense than they are here and now (thanks in large part to proximity). Since his childhood he asked the burning question: Do Muslims and Christians worship the same God? When a Muslim and a Christian pray, are they praying to the same person, the same entity, the same deity?

Whether or not we worship the same God matters a lot given the amount of ignorance that exists on both sides of the divide. It matters for how Christians learn to love our Muslim neighbors. 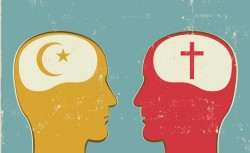 Volf writes as a devout Christian and writes to devout Christians. He does not claim to speak for Islam, but writes in dialogue with Muslims and in hopes they will engage him (and by extension his readers) in this conversation.

So what does Volf say? That the God Muslims worship is one and the same with the God Christians worship. Volf builds his argument very carefully. And to make his case, he draws on both the Bible and the Christian tradition on one hand and the Koran and leading Muslim scholars on the other. Volf demonstrates that the picture of God that emerges from the normative expressions of both Islam and Christianity is sufficiently similar to say that persons of both faiths are actually praying to, worshiping and serving the same being.

If what Volf says is true, if Christians and Muslims really do share a God in common, then we should be able to work together to pursue peace and justice. Even if we don’t agree on everything. 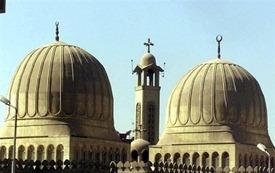 Volf builds his case very compellingly, and without compromising Christian Orthodoxy. And though I’m not Muslim, I believe a Muslim person who reads Volf’s book carefully and fairly would feel well-represented even if he or she didn’t agree with some of Volf’s conclusions (for instance in one of my favorite sections of Allah where Volf discusses some critical differences between the pictures of God Islam and Christianity present).

The final section of the book is a fantastic exploration of how Christians and Muslims can live together not just in toleration but in pursuit of mutual peace and flourishing. Muslims and Christians, for instance, both want everyone to have clean water. DOes this mean that everyone just lives and lets live? Not necessarily. Volf leaves a wide space for evangelism, though he does advise us (in one of my favorite lines in the whole book) to follow the Golden Rule even there: 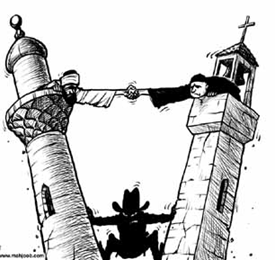 The book is a bit on the technical side and Volf is so careful to build his case that at times some chapters become tedious. But overall, the book is fantastic, and Volf’s case is tight. He is challenging and unapologetic in calling his fellow Christians to love our Muslim neighbors by understanding and entering into relationships with them. I came away from the book excited and energized to engage Muslims not as terrorists and enemies, but as friends with whom I can pursue justice and peace.

This is a message the American Church desperately needs to hear. Volf readily acknowledges that some Muslims are terrorists and some Muslims are violent. He quickly points out that we Christians have the same problem. Allah is a call for us to realize that the outlying crazies don’t define the rest of us. On either side of the divide.

Bottom Line: This book will make you work, but it’s worth every page. Every Christian in America should make it a priority. Get a friend, read it together and discuss it.