Jesus Got a Sex-Change (Sort of…) 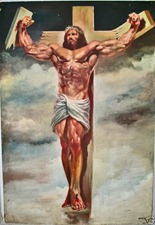 Last week, John Piper claimed that "God has given Christianity a masculine feel". One of my favorite bloggers, Rachel Held Evans, asked her male readers to respond to Piper’s claims. Here’s my response:

In setting up his comment, Piper claims among other things that:

"The second person of the Trinity is revealed as the eternal Son not daughter…".

As a whole, Piper’s claims are riddled with problems, misunderstandings and absurdities throughout, but I would like to address Piper’s claim about Jesus – that he is eternally Son, and therefore eternally masculine in some defining way.

Piper is wrong. Eternally, Jesus embodies both the masculine and the feminine.

John’s Gospel gives us the most theological understanding of who Jesus is. In his first chapter, John presents Jesus as the incarnation of the divine Word, who was with God at the beginning of creation, and who is God:

The connection to Genesis 1 is clear – Jesus is the Word God spoke, the creative aspect of God who shapes the world.

When we look at Jesus, we see God’s creative intention in the world.

John wasn’t the first biblical writer to discuss this aspect of God. The Old Testament scriptures talk about divine Wisdom this same way. Proverbs 8 most clearly presents Wisdom as this creative force:

The LORD formed me from the beginning, before he created anything else. I was appointed in ages past, at the very first, before the earth began…

I was there when he set the limits of the seas, so they would not spread beyond their boundaries. And when he marked off the earth’s foundations, I was the architect at his side. I was his constant delight, rejoicing always in his presence.
— Proverbs 8:22-30 (NLT)

The ancient Israelites understood Wisdom to be that creative aspect of God, that labored with God to create, that presence that pervades the created world.

Several New Testament writers understand that divine Wisdom was not just a tool God created to use for creation, but is in fact the Second Person of the Trinity. 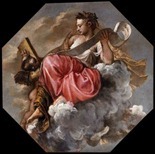 In the Incarnation, Jesus becomes male. But before the incarnation, if we take the Scriptures seriously, Jesus was female. And that shouldn’t bother us. That should encourage us. 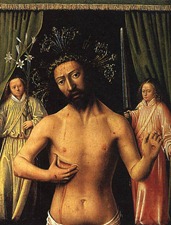 A Christianity that is only masculine is malformed. Churches that embody only the masculine do not present a full, robust and accurate picture of God to the world.

The Incarnation of Lady Wisdom as Jesus of Nazareth invites both men and women to find their home in Christ.

Because of the Incarnation, all of us, male or female, masculine or feminine find hope in Lady Wisdom’s promise:

Whoever finds me finds life and receives favor from the LORD. But those who miss me injure themselves. All who hate me love death.
— Proverbs 8:35-36 (NLT)

YOUR TURN: How do you connect with Jesus? Do you tend towards a more masculine or feminine faith? What can you learn from the other aspect of Christianity?