On April 20, 1999, I was a senior with less than a month left of my high school career.  Seventh period had just begun when our English teacher came into the classroom with tears streaming down her face.  “There’s been a school shooting, out in Colorado,” she said.  I didn’t know it then, but Eric Harris and Dylan Klebold had been dead less than an hour, their surprisingly brief reign of terror over almost before it had begun.

The following days bore the fruits of Eric and Dylan’s attacks: all but two of my high schools dozens of exterior doors were locked, forcing most of us to change our schedules.  We all began giving the ‘goths’ second and third looks, fearing that they might be a part of the dread Trench Coat Mafia.  Bullying of any kind was fiercely punished and any student who’d ever made any sort of threats was suddenly given the attention s/he’d been craving.  And all our churches were abuzz with the story of Cassie the Columbine Martyr, who’d told the killers she believed in

God, and was executed for it.  But for all the supposed safety measures we’d put into place, the general feeling that last month of school was one of confusion and chaos rather than safety and order.  Because no one could answer convincingly that singular, burning question everyone was asking: Why did Eric and Dylan do it?

It’s been just over a decade since that day, and still the Columbine massacre remains the quintessential school shooting for many of us.  In many ways, it defined my generation as much as (and arguably more so than) 9/11.  And all of us have so many unanswered questions, so I picked up Dave Cullen’s book with a mixture of excitement and trepidation.  I wasn’t sure what to expect, but I know what I got:

Columbine is a respectful, fair and comprehensive look at an important, formative moment for my generation. 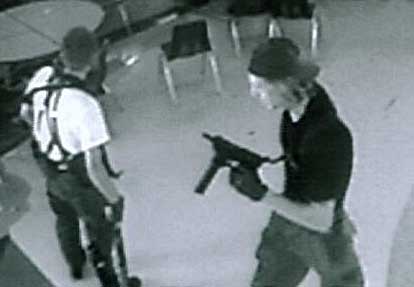 I was immediately surprised by how many myths Cullen debunked.  Eric and Dylan weren’t a part of the Trench Coat Mafia.  The killings weren’t retaliation for bullying.  Cassie didn’t stand up for Jesus (she didn’t have the chance; the boys just killed her.  Her testimony actually came from another girl who had already been shot, but still claimed to believe in God.)  Probably most surprising was the profile Cullen created of each of the boys.  Dylan was a sad, depressed loner who – according to his journals – desperately wanted to be loved.  Eric was a clinically-diagnosable psychopath who lied to everyone around him and dreamed of exterminating the entire human race.

What truly made the book so good, however, was Cullen’s treatment of the supporting cast – the parents of the victims, the survivors and the investigators researching the big Why question.  Cullen treats each person fairly, and even the boys don’t emerge in his telling as full-fledged villains (well, Eric is pretty close by the end).  The book opens with the shootings but then splits into two narratives: one beginning two years before the event, tracing the boys’ steps to Judgment Day, and the other following the fallout and healing afterwards.  Cullen weaves the two stories together masterfully, so the effect becomes one of fatalist tragedy running headlong beside hope.  And that is perhaps the greatest miracle of Columbine – that the terror of Eric and Dylan’s choices have passed us by.  In Littleton, Colorado, Columbine is the name of a school again – not a tragedy.