President Obama and the American Gospel

It’s hard to believe it’s been less than two weeks since the election. Already all the nasty campaign ads are fading to distant memory and State Secession Petitions have become a national joke.

President Obama’s victory speech, delivered at 2:00 am EST on Wednesday is sure to go down as one of the best speeches in recent memory. And while we can debate to what degree his promises reflect his politics (because please, that hasn’t already been talked to death), I was captivated by the

President Obama’s victory speech is the most explicit incarnation of the Pax Americana I’ve heard.

Before we dive in to what I mean, here’s the speech if you haven’t heard it. The actual speech doesn’t begin until about 9:00 in:

What do I mean by the Pax Americana?

This is every Empire.

Every empire claims that their Way is the path to human fulfillment. In Ancient Rome, Caesar Augustus coined the term Pax Romana, or Peace of Rome. The Pax was a propaganda tool. Rome claimed that a world in which every person followed their Way, submitted to their Rule would be the best possible world.

Any event that supported Roman Rule – a military victory, the birth or appointment of a new Caesar – was sent out as a news item throughout the Empire. The messages were called evangelions (“good news” in Greek, where we get our word “Gospel”), because these events supported the Roman way. The messengers (who were called Evangelists) were claiming, Look everyone! Rome’s way really is the best Way! Rome is right and you should follow them!

Early Christians appropriated this language. They said, We actually have better news than Rome’s news. Jesus, not Caesar, is Lord. And his Way, not Rome’s is actually the path to full, abundant human life!

As a latter-day Empire, America has our own Gospel. We call it the American Dream, and it’s a promise that the best possible world is one in which everyone has the same opportunity. The American Gospel is woven into our founding documents, from the Declaration of Independence (We hold these truths to be self-evident: that all men are created equal and are endowed by their creator with certain unalienable rights…) to the Constitution (…in order to form a more perfect union…).

In his victory speech, President Obama made repeated reference to the American Gospel. As Christians, we’d do well to recognize the American Dream’s false promises for what they are:

1. America brings Peace by way of the Sword

“A country that moves with confidence beyond this time of war to shape a peace that is based on the idea of freedom and dignity for every human being. We believe in a generous America, a compassionate America, a tolerant America. Open to the dreams of an immigrant’s daughter who studies in our schools and pledges allegiance to our flag.” (at 13:00, emphasis mine)

President Obama followed up praising our military by promising that War is not our goal.

Of course it’s not! America is building Peace (Pax). Though we are violent right now, we are a generous, compassionate and tolerant Empire. This is America’s myth of redemptive violence. I kept half-expecting George Orwell to jump out and yell “War is Peace!”

Most importantly, President Obama promised that anyone can have what we offer, so long as they pledge allegiance to our Way.

2. America will achieve our destiny through Perseverance

“That’s who we are… Despite all the hardship we’ve been through… I’ve never been more hopeful about our future. I’ve never been more hopeful about America… I’m not talking about blind optimism… I’ve always believed that hope… insists that something better awaits, so long as we have the courage to keep reaching, to keep working, to keep fighting.” (at 20:08, emphasis mine)

Hope is an explicitly religious term. And in fact, President Obama’s definition of “hope” hews closely to the definition we find in the Scriptures. Hope does, in fact, insist that something better awaits. But why?

How can we be sure that something better awaits?

Is America really the hope of the world? Is the American Way really the path to human fulfillment?

According to President Obama, America’s hope is not in the resurrection of Jesus, but in our perseverance, our Protestant work ethic. This is the core of Obama’s Mythic America: We’re a country of people who work hard, and that hard work is rewarded with peace and prosperity.

This is an imperial eschatology. It’s a vision for how the world will come to fulfillment. In the American imagination, it’s our commitment to stay the course, to fight the good fight that brings about the fulfillment of human destiny.

The Protestant Work Ethic as an eschatology is totally counter to the Gospel of Jesus, which says no amount of effort on our part can purchase a hopeful future. Our hope is grounded in the work Jesus finished on the cross. We believe that something better is coming because Jesus was raised from the dead. That’s why we can return violence with peace, hate with love. That’s why we carry a cross, not a sword.

President Obama saved his most explicit formulation of the American Gospel until the end. He says, Work hard. Get rewarded. This is the American Dream in its simplest form. It’s grounded in our mythic history. And President Obama uses it in his speech to justify his various platforms (immigration reform, healthcare, military violence, gay marriage, etc.)

President Obama is far from the first President to proclaim this American Gospel.

It’s woven into our founding documents, our history books. Every candidate for President makes such claims. Romney did call America the “hope of the world”, and Regan famously called America a “city on a hill”.

As Christians, we have a responsibility to refuse this false Gospel.

We know that Jesus’ death and resurrection was the final victory against the forces of evil. That no one who follows Jesus can justify killing in the name of an Empire. We should be peacemakers, bringing peace into the world not with a sword but with the cross we picked up when we decided to follow Jesus.

One deceptively simple alternative to the Protestant Work Ethic

We know that our hope lies not in our own efforts, but in the work Jesus accomplished for us. We work not for the kingdom of America, but to bring about God’s kingdom, and to do God’s will here on Earth as it’s done in Heaven.

And we know that our salvation, our rescue will never be at the hands of any elected official. No human can fulfill these promises. Only Jesus is Lord, and that is as true today in the face of the Pax Americana as it was when Caesar made his claims.

Let the Peace of Christ (Pax Christi) rule in your hearts. — Colossians 3:15

YOUR TURN: What did you think of President Obama’s speech? Where else do you see the Pax Americana in our national propaganda? 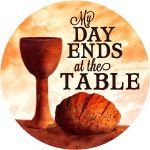 The Politics of CommunionInfluence, Pop Culture, The Bible 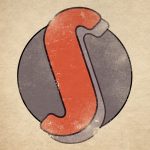