Here are my picks for the best books of 2012, in no particular order.
The titles link to my reviews (if available) or to Amazon :

Selling Water by the River

I haven’t gotten to post my review of this book yet, but it was one of the best surprises of 2012. Shane Hipps is one of the most important, underrated voices in Evangelical Christianity. Selling Water by the River is a fresh look into the heart of Christianity.

It’s a short, fast read, but Shane packs each chapter with thick, insightful metaphors that unlock some rich, complex ideas.

I’m only 50 pages into this book, and those 50 pages already made my Top 10. Yes, this book is that good. Scarlett Thomas is one of the most capable fiction authors I’ve ever read (if you’ve never taken a crack at The End of Mr. Y, just trust me: it’s a must read). Apparently, she’s also an English professor. Monkeys with Typewriters is the textbook on creative writing she’s always wanted and finally had to write herself.

If you love writing or even just the art of storytelling, get this book now.

For his third book, the author of Pride and Prejudice and Zombies and Abraham Lincoln: Vampire Hunter took on the Christmas Story. He turns the three magi into bandits, which actually works really well. Seth’s reimagining of the Nativity highlights the subversive, politically charged nature of the first Christmas. Plus it’s fun and funny. For some reason, this book came out in March instead of, you know, around Christmas. So not a lot of people heard about it. Which is a shame.

This is my new go-to book for helping people learn to read the Bible better. Teaching contemporary readers to identify and work past cultural biases is a huge challenge. Enter this book. It’s clear, accessible and both authors use tons of helpful examples to illustrate difficult concepts.

If you want to learn how to read the Bible more faithfully, start here.

Swedish Atheist, the Scuba Diver and Other Apologetic Rabbit Trails

I’d basically given up on Apologetics as a real vehicle for delivering the Gospel. Most apologetics conversations I’ve witnessed or participated have been verbal sparring matches. But in this fun, captivating book, Randal Rauser takes us through a fictitious conversation between an atheist/agnostic and Randal himself. Randal presents apologetics as pursuit of truth. That’s it.

If you’re interested in apologetics, or even if you’d given up on it, give this book a chance.

This book was frankly not worth all the hype it generated. Not that the book was bad – far from it (obviously). But Rachel’s delightful, engaging and provocative book was the victim of misrepresentation and misreading (which seems to be the modus operandi for certain flavors of Evangelicalism).

Year of Biblical Womanhood is a new classic you need to read right away.

Tim Keller is a co-founder of the increasingly-more-insane Gospel Coalition and an admitted Complementarian. So despite the positive buzz, I was nervous to read this book. I needn’t have been. Keller’s book is clear and well-grounded in Scripture. He roots marriage in the Trinity, and provides great, practical examples from his own life and ministry. And as for his stance on gender, my only conclusion is that no one in the Gospel Coalition has ever read Keller’s version of Complementarianism.

In other words, this is now my go-to book on Christian marriage. It’s a winner.

Somehow, Evangelical Christianity got it in our heads that Jesus was the victim of God’s wrath. That what God primarily did on the cross was make it okay to love us again. And this despite the fact that it wildly contradicts historic, Orthodox Christian theology. In this excellent book, Tom McCall clearly and carefully elaborates a better, more faithful understanding of the Cross.

Everyone should read this book. That’s it.

If you’re a fiction reader, you’ve probably heard the buzz about Gone Girl. It’s all true. A taut, break-neck thriller that just keeps getting more insane.

If you’re looking for a great, easy read, look no further.

The third book in Kessler’s “Riders of the Apocalypse” series focuses on bullying and dealing with grief. As with the previous two installments, a teen is tapped to be one of the Four Horsemen (Pestilence, in this case). But Loss feels fresh and new thanks to a creative twist on the formula. If you haven’t started this excellent series, start with Hunger, then get Rage and Loss. Breath, the final installment, drops this Spring!

If you’re a fan of young adult lit, get this series. It’s fascinating and excellent.

I’m a bit biased when it comes to these two authors – my cohosts of the StoryMen podcast and good friends. So of course I thought both of their books were awesome. If you haven’t already read them, you really should check them out.

The Sword of Six Worlds by Matt Mikalatos

YOUR TURN: What were the best books YOU read this year? 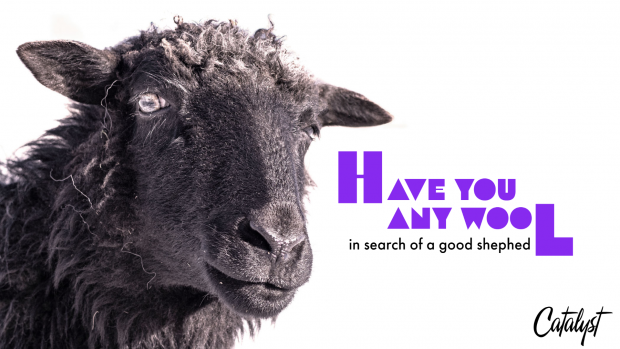 Have You Any Wool?