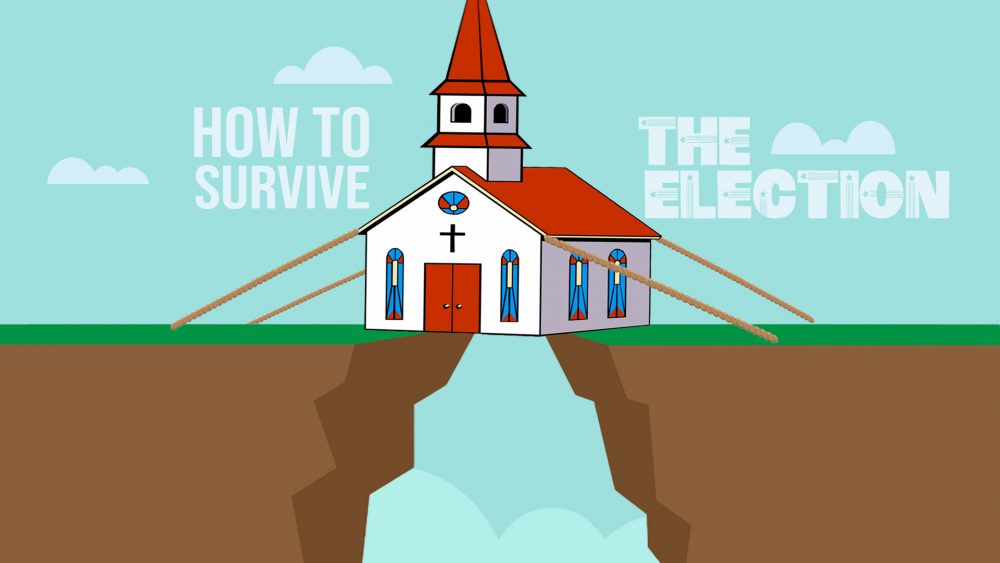 This close to the election, there's a lot of anger. Like... a LOT. What does it mean for a people of faith to be angry? How do we know if our anger is righteous or not? And what are we supposed to do with it?

We’re fewer than 100 hours from election day, so I want to ask you a weird question: which superhero do you most relate to these days? I think a lot of us would like to imagine we’re Captain America, doing our patriotic duty and defending the best of American ideals.

But I wonder how many of us over the last month have been able to relate way more to Bruce Banner. You know… the guy who gets angry and turns into the Incredible Hulk?

If you’re old enough to remember the TV show where Lou Ferrigno was the Hulk, you may remember Bruce Banner’s famous line: “Don’t make me angry. You wouldn’t like me when I’m angry!”

In the Avengers movie, that gets a tweak: “That’s my secret, Cap,” Bruce says just before he transforms. “I’m always angry.”

The Hulk is all about anger. And, as a superhero, he paints a pretty accurate picture of how we as a culture feel about anger: it’s bad. It’s dangerous. The Hulk is a stupid, impulsive beast. He’s as likely to punch you as he is the bad guy. He’s uncontrollable. Bruce works really hard to make sure the anger never gets out.

But… there’s a lot of anger in the air right now. And I’d like to submit that because we just write anger off as a bad emotion we’re not meant to feel, we don’t know how to deal with all the anger around us and within us.

Let’s talk about anger. Here’s our assumption: Anger is an emotion we were created to be able to feel. If that’s true, then it means anger can’t be bad. We feel anger for a reason.

What is anger? Why do we feel it? And what are we supposed to do with it?

We ground our answers in God’s character. We’re created in God’s image, and we know God gets angry. That’s right: God, who is perfect love, gets angry.

Let’s explore what makes Jesus angry, and how he shows us what to do with our anger.

Join us Sunday as we learn why God created us capable of anger.

How to Tell the TruthSermons, Teachings