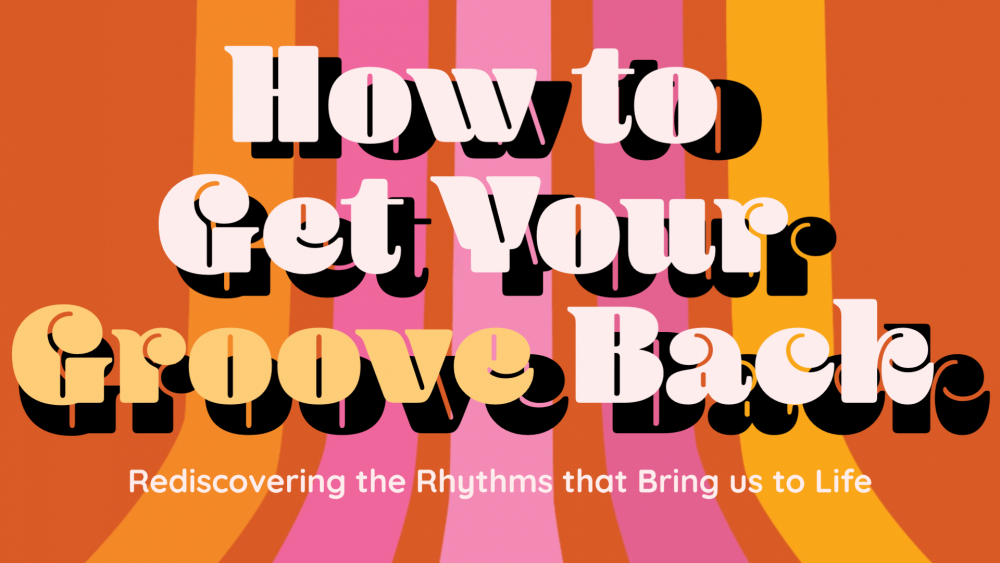 With everything happening in our world, we feel crushed and hopeless. Now, more than ever, we need to reclaim the weekly rhythm of worship. Why? Because this weekly rhythm reminds us who we are: God's beloved people, called to be peacemakers in this chaotic world.

More From "How to Get Your Groove Back"

I’ve been wondering this week if we all should have paid more attention to Rambo III.

The world was rocked last weekend when the Taliban – the terrorist group responsible for 9/11 among other atrocities – swept across Afghanistan to retake the capital city. The US armed forces have been in Afghanistan for 20 years, fighting back the Taliban. When President Biden began executing a withdrawal set in motion by former President Trump, no one expected the local government to fall within a day. But we’ve watched with horror and trepidation over the last week, our prayers going out for the Christians of Afghanistan and the women and children who will likely bear the brunt of Taliban violence.

In our horror, it’s easy for us to forget that the US military created the Taliban. Certainly that’s true in part for how we’ve treated the Afghani people for the last two decades, but also another two decades earlier. In the 1980s, Afghanistan was occupied not by the US but by the Soviet Union. We supplied local warlords (called mujahedeen) with weapons they could use to fight our enemies. Many of those mujahedeen became Taliban soldiers after the US abandoned then when Russian pulled out of the country in 1989.

One of the starkest reminders of this is the film Rambo III. Released in 1988 – a year before the Soviet withdrawal, the film finds John Rambo fighting in Afghanistan alongside the mujahideen (and against the Russians of course). Talk about a movie that didn’t age well.

But John Rambo is himself a warning omen. The first Rambo film introduces us to a man who is a veteran of the Vietnam conflict – a war that now looks like a precursor to our time in Afghanistan. Rambo embodied the sense of futility and despair experienced by our troops who returned from Vietnam.

But of course we got into the Vietnam conflict as a staging ground for the 40+ year cold war between the US and Russia. And the cold war was a direct result of the shaky alliances we made during World War II.

World War II erupted in large part because of how the fallout of World War I was handled.

What I want to ask today is: what are we supposed to do in the face of this global crisis? How can we offer a faith-filled response to the chaos and pain of our world?

Believe it or not, you’re in exactly the right place. God created us for a regular rhythm of worship – a weekly rhythm. Why? Because we live in a chaotic and pain-filled world.

God invites us to be recreated every week as God’s own people. This is our genesis point, the space where God recreates us and re-calls us to be agents of peace and flourishing.

Join us Sunday as we learn how our worship gathering shapes us to engage our world.