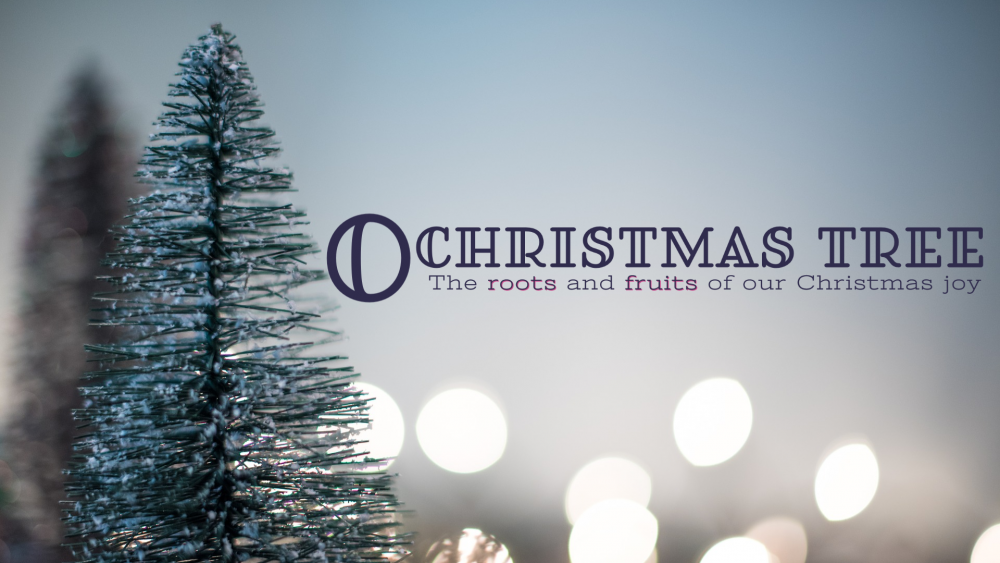 At the beginning of the Advent season, we ask what hope looks like. In a world that craves peace on earth and goodwill for all people, a world that is far from those dreams, how do we hope? Jeremiah invites us into his model faithful presence in a hurting world - one that invites us to look for God right where we're hurting. That's hope.

Last year, Amanda and I bought this Nightmare Before Christmas Advent Calendar. Every day, you get to open it to find a new little figurine from the Tim Burton movie.

That movie always sparks debate: is it a Christmas movie or a Halloween movie? (For the record, it’s a Halloween movie.) If you haven’t seen it, the plot revolves around Jack Skellington, the Pumpkin King of Halloween Town. He accidentally discovers a portal to Christmas Town and decides to replace Santa. Things go wrong and eventually Jack has to rescue Santa so Santa can save Christmas and Jack returns to Halloween Town with a new lease on, uh, afterlife.

The movie’s weird, to say the least, particularly because it combines Christmas with horror – something we don’t typically associate with Christmas (unless you’re a weirdo like me).

In fact, even though it’s a Disney movie, Disney released it under another studio brand – Touchstone – because they thought it was too scary for kids. But the movie went on to be a huge success and today enjoys a massive cult following (massive enough to warrant, for instance, Advent calendars!).

Why? What is it about the joy of Christmas juxtaposed with the horror of Halloween that resonates so strongly with us?

I want to suggest today that the success of The Nightmare Before Christmas is no accident. There is, in fact, a space between Halloween Town and Christmas Town were most of us live.

It’s the Advent space – a place where we acknowledge the realities of the world around us and also hope for a better world.

Join us Sunday as we explore the reality of hope in the midst of our preparations for Christmas!