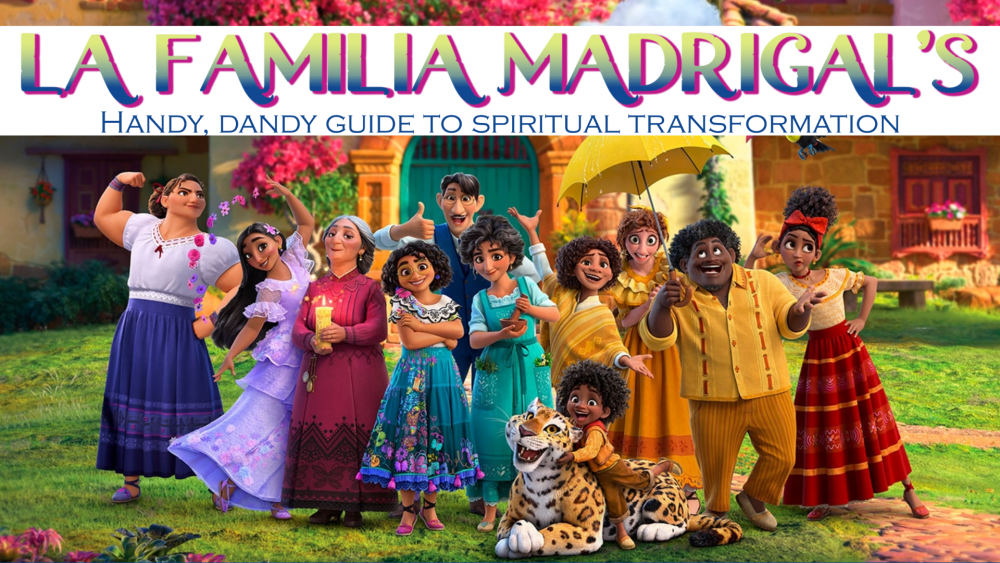 Do you have a friend who worries constantly? Who's aware of every possible danger - most you'd never considered? You might know an Enneagram 6. While they sometimes sound like Chicken Little, 6s are called Loyalists because they're the most steady, reliable people you've ever met. What's the path to health for these 6s? How do the rest of us make space for them to flourish? Brace yourself... for answers, we're going to have to talk about Bruno!

One of my best friends is an Enneagram 6. And probably my favorite thing about him is going for walks together. It doesn’t matter if we’re literally going on a walk around the neighborhood or just walking into a restaurant.

We’ll be in the middle of a conversation and he’ll pause to say, “Watch out for that curb.” Or, “Be careful for that crack!”

But my favorite example is one time when a group of us was walking down the sidewalk and he leaped in front of us and threw his arms out.

We stopped dead in our tracks, looking for the thief about to assault us or perhaps a car chase hurtling towards us.

“Watch out for the praying mantis!”

We looked down and, sure enough, there was a praying mantis. I leaned in to take a better look, and my friend exclaimed, “Don’t touch it! They’re endangered!”

Now, it turns out that’s not true – though it’s a weird belief that a bunch of us picked up along the way.

But I also want you to walk with me through my friend’s thought process. As our group was out enjoying an evening stroll, he was scanning the route ahead of us for possible dangers. And then he spotted one. There, on the curb, small enough that someone less vigilant would have missed it, is a creature. But not just a creature – an endangered creature. If he doesn’t act fast, someone is going to step on it. At which point sirens will sound and as police cars screech around the corners from both directions, a PETA SWAT team will descend from helicopters to arrest all of us – guilt by association, after all. We’ll go to prison, which means we’ll all lose our jobs and, given recidivism rates in the US prison-industrial complex means we’ll all become lifers. At best, we’ll all get released sometime in our 80s, hopefully to retire to a low-income nursing home to live out our few, final and brutal days. together.

Thank God he stopped us and pointed out the praying mantis in time!

Do you know someone like that? Someone who sees danger around every corner, the person who’s constantly scanning for pitfalls and peril?

Then you might know an Enneagram Six. And while they sound like Chicken Little, these folks are actually called the Loyalists. They’re the glue that holds the rest of us together, and when they’re healthy, they’re amazing.

So how do these Loyalists find the path to flourishing? And how can the rest of us help them?

Brace yourselves… for the answer, we’re going to have to talk about Bruno!

Join us Sunday as we learn how Enneagram Sixes embody God’s faithfulness to us!