Maybe it’s because I was raised in a pretty conservative family and church, but I always had the impression that God was on my side.  That I was (basically) a good guy and had life (mostly) figured out.  That while I was occasionally arrogant and a bit of a jerk, I was all around pretty righteous, so God clearly must love me.  God probably hates the same people I hate.  And wants for me what I want for me.  I’m not sure when I learned it, but somewhere along the way that God isn’t actually on my side.

God is on God’s side (I heard a great talk from Andy Stanley on Joshua 5:13-15).  At bare minimum, this ought to engender humility and compassion as we interact with the world. 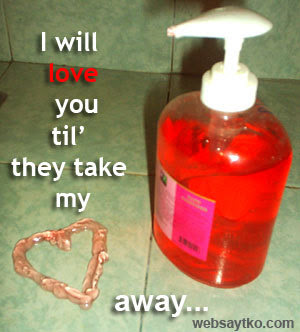 The Scriptures are clear that God’s central attribute is love (1 John 4:7-12).  Because our culture has reduced the idea of love to emotional fluff, that statement about God’s character comes under frequent attack.  Calling God ‘love’ conjures up images of a meek-and-mild Jesus who doesn’t challenge us, who has a loosey-goosey approach to dealing with sin.

But the Scriptures don’t define love that way.  Love is self-sacrifice, self-giving.  Love always seeks the good for others.  Love in the Scriptures is primarily a covenantal term.  To say that God is Love is to say that God is always faithful to the promises He has made – even when we are not.  That God always seeks our good, even when we try to self-destruct.  That God is the giver of all good gifts, that everything that sustains us is the overflow of God’s fundamental character.

Does anyone else have a problem saying ‘No’?  I always have.  I want people to like me and I want to be dependable.  So I say ‘Yes’ to everything.  I learned that if I can’t draw healthy boundaries, I end up doing many things poorly, which means instead of coming through for everyone, I tend to let everyone down.

At my previous church, I was often tapped to do dramas.  I liked it, and I did a pretty good job (I assume, since they kept asking me), but I simply didn’t have the time and energy to devote to them.  Every time I agreed to do a drama, the rest of my work suffered.

In those situations, I have to say ‘No’.  I have to know what I am capable of and where my limits are, and I have to practice making wise investments of my time and energies.  My decision to quit participating in dramas was actually a good thing – it forced the drama team to find some new blood.  Saying ‘No’ actually makes it possible for more people to get involved, creates more opportunities for other people to step up.  And that’s a win for everyone.

Learning to draw boundaries is an important step, but it’s only the first step.  I also had to learn how to communicate my decision in a healthy way.  When I started saying ‘No’ to stuff, people really thought I was saying No to them.  They often took my rejection of their project or idea as a rejection of them personally.

And it’s not.  In fact, a healthy decision to say No is a pursuit of health, not only for myself but for the persons and projects to whom I’m saying No.  So communicating it that way does wonders to keep hurt feelings from becoming grudges.

It doesn’t matter what you’re doing, you’re probably not going to be very good at it at first.  A lot of people choose just to give up, but if you really want to excel at something, you’re going to have to put in some legwork.  Malcolm Gladwell suggests it takes 10,000 hours of practice to become an expert at something.

I’m working on my writing and speaking.  And I’ve got a long way to go before I hit 10,000 hours.  What about you?  What are you working on?  And how far along are you?