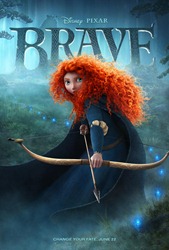 The movie Brave sacrifices accuracy for the sake of Romance

Though today we marry for “True Love”, that’s a relatively new concept. Throughout most of human history, people married to ensure a stable society. Pixar’s latest film, Brave, is a contemporary fairy tale.

Though Brave is set in pre-modern Scotland, its take on the purpose of marriage is thoroughly modern. Brave demonstrates how our attitude towards marriage has shifted.

In the pre-modern world, more than 90% of humans on the planet lived in small agrarian communities of fewer than 200 total persons. With child survival rates as low as 50% and life expectancy around 40, the very survival of the community depended on individuals marrying and procreating as quickly and often as possible. With such a small community, a person’s marital options were limited.

A person married quickly, to a spouse arranged by the families, and began having children as quickly as possible, and all for the good of the larger community. Love was celebrated, but optional. Love came late in a marriage, if at all.

This scene from HBO’s ROME shows a couple discussing an arranged engagement with their daughter. Her reaction (and ours) is that she wants to marry for love. Their reaction – and vision for marriage – is telling. A wonderful scene! 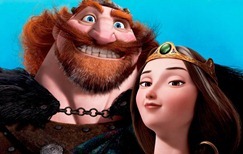 They’re the bad guys because they’re anti-love.
Or something.

Simply put, in the pre-modern world, Romance was a luxury most couldn’t afford.

Brave introduces us to Merida, whose father united four Scottish clans under one rule. The film’s central conflict revolves around the necessity of Merida’s marriage. In order to bind the four clans more closely together, Merida’s father wants to marry her to one of the other three clan-leaders’ sons. The parents are going to choose Merida’s spouse for her, and it’s all for the good of the larger community. The set-up is a quintessentially pre-modern understanding of marriage and love.

That grates against our sensibilities. The idea that we’re can’t follow our hearts in matters of marriage infringes on our ideas of personal choice and freedom. That’s because we’re living in the wake of the massive transition into Modernity. 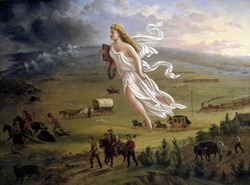 As human culture – especially in the West gradually became more urban, and in the wake of the industrial revolution, society became more stable. Life-spans increased and more kids lived longer. Marriage and kids weren’t as essential to survival, so some pressure was taken off of marriage. A space was created where people could take a little more time, pursue romance more fully. (Not to mention when you live in a city of thousands instead of a village of dozens, there’re a few more options.)

All the Enlightenment notions of the equality of humanity, basic dignity of the individual and personal liberty put a lot of pressure on Marriage. The idea that someone else (your parents) choose the course of your life, even the idea that your community’s stability is more important that your personal happiness all fell to the inevitable march towards Freedom! Freedom to love who you want. To choose your own destiny. That’s what Merida wants in the film – to be able to fall in love, to follow her heart, to choose a spouse for herself.

We root for her because her desires are very contemporary American Romantic notions.

Your heart isn’t actually that bright.

Merida wants what we all want today: a marriage that is ultimately about my happiness. True Love is something that every person deserves, and has the right to pursue. In the world of the film, Meredia is a heroine. In a true pre-modern culture, she’d be a brat at best and a threat to the survival of her community at worst.

The pre-modern world considered putting such notions as marrying for love aside part of becoming an adult. For those cultures, romantic marriage was a fairy tale. A nice fairy tale, fun to tell, but unrealistic all the same.

If you WANT 19 kids and counting, knock yourself out. But you don’t HAVE to.

So what does that mean for us? Should we abandon marrying for love?

Not necessarily. The reality is that we don’t live in the pre-modern world. We don’t have to get married young (despite what some Christians are saying). We don’t all have to be the Duggers.

But we should recognize that billions of people throughout history have gotten married without romantic love factoring into the equation. That should tell us that Romance isn’t the essential ingredient to a successful marriage.

In other words, all apologies to the Fab Four (and Brave!), but you need more than Love to build a lasting marriage. 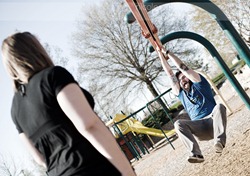 I’d be a trainwreck without her.

I married Amanda in part because I love her. But that’s not the only reason. And if we want our marriage to stand the test of time, it can’t be the main reason. Because Love comes and goes, rises and falls. Our hearts are capricious and easily distracted.

I also married Amanda because she helps me to be more like Jesus. I can participate more fully in God’s kingdom, my life more accurately reflects Jesus’ Good News because of Amanda. Simply put, she makes me better. And vice versa.

If we want to build marriages that last, that are better on the last day than the wedding day, we must ground our marriages in the resurrection of Jesus.

We’ll be exploring what that looks like throughout the coming weeks. You can also check out the sermons I’m doing on this subject right here.

For now, What did you think of Brave‘s portrayal of marriage? What do you think the purpose of marriage is? What does it look like to ground marriage in the Gospel rather than Romance?

The Aurora Killings: One Way to HelpInfluence, Pop Culture 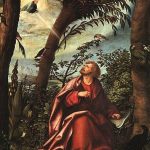 Introduction to the Book of RevelationTeachings, The Bible