My name is JR. Forasteros – welcome to my blog! Jonathan and I worked to put this page together to help you get to know my wife Amanda and me before we visit on Sunday, August 10. Amanda and I are excited at the possibility that you’ll extend an invitation to us to join the Catalyst Community. We’re inspired and excited by your vision to reach those in the Rowlett community who are far from God, and we’re prayerfully preparing for our week with you.

But you’d probably like to know a bit about us, so here we go!

Amanda and I have been married for 5 years. We both grew up in Missouri – she’s from St. Louis and I’m from Kansas City. We met in Columbia (about half-way between) at the University of Missouri (so yes, that means we’re both still getting used to the SEC). Our last name is Spanish for “stranger” or “outsider”, and we chose it because we feel called to serve those who are outsiders, especially those left out by most churches.

We also love to travel – the stranger the place, the better. We love exploring our community, trying new restaurants and going on an adventure, whether it’s around the corner or across the globe!

We designed this page to help you get to know us. So take a look around, and if you have any questions, send ’em to Sprang. Apparently we’re going to do a Q& A (or, if you’re a redditor, an AMA). 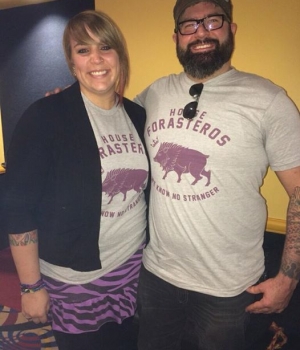 We designed our own House Forasteros sigil and words. Because I'm a big nerd and she loves me for it.

I was creeping on your website and I saw your staff all filled out this profile. I figured I should probably provide you that information, so here’re my answers. I already wrote a bio above, so we’ll skip right to education:

Places: I was born in Clarion, PA, just north of Pittsburgh (go Steelers!). I grew up in Kansas City, MO. I moved to Columbia, MO for grad school, met Amanda, and we moved to Dayton, OH (the Gem City) one week after we got married. I’ve been to Germany, England, Guatemala, the Holy Land, Egypt and Abu Dhabi. Amanda grew up in St. Louis, MO and went to college in Columbia. She spent the summer after her Freshman year in Mexico City, her Junior year in Spain and has lived in El Salvador and spent several weeks in Honduras. She’s also been to the Holy Land and Abu Dhabi. Next up: I want to drive to Mexico City and we want to go to Brazil and Argentina!

iPod: I don’t use Apple products. But I love music. I was in a metal band in college. These days I’ll listen to just about anything, but I love writing sermons to Rage Against the Machine, Norma Jean or Johnny Cash (depends on my mood). I also love Matt Nathanson, Martin Sexton, Switchfoot, Eminem, Rise Against, Foo Fighters, Unearth, Underoath, Zao, Stavesacre (always and forever!) and if I’m being totally honest, Ke$ha.

Life Scripture: Hebrews 11:1 “Now faith is the reality of what we hope for and the evidence of what we can’t see.” 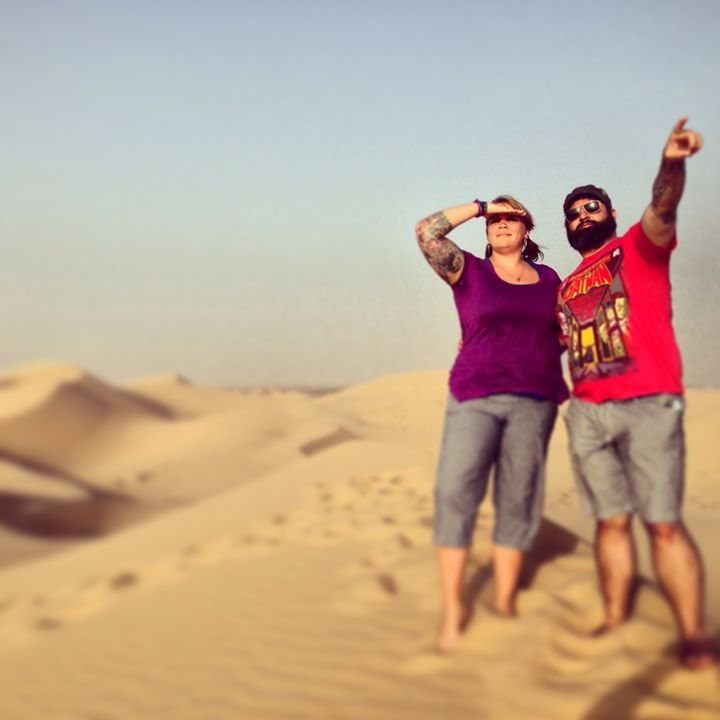 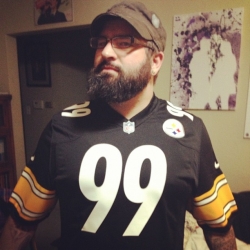 I generate a lot of content via podcasts. I have a sermon podcast where you can hear my preaching. I have taught several classes. I also co-host two podcasts called StoryMen and Origami Elephants. You can check the all out here. 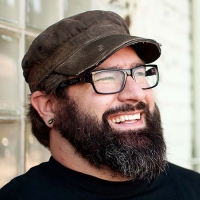 BONUS: Here are my top 5 favorite sermons I preached last year… including one on “Baby Got Back”. 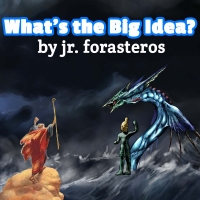 Theology for the Rest of Us (Class) 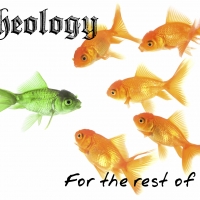 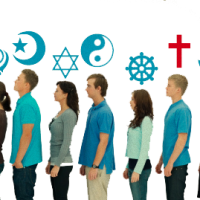 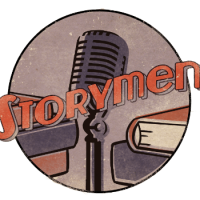 The StoryMen podcast explores the intersection of faith, history and pop culture. I co-host with authors Matt Mikalatos and Clay Morgan. 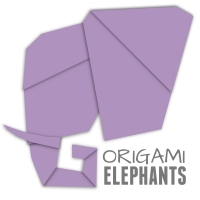 Origami Elephants is a podcast about religion and philosophy. My co-host Bryne Lewis and I wrestle with the elephants in the room no one else wants to talk about, and we find beauty (rather than fights) in the tensions.

You’ll have a chance to meet Amanda soon, but for now, here are several pieces I wrote about her. It’ll give you a window into why I think she’s so awesome:

25 Reasons I Love My Wife

26 New and Improved Reasons I Love My Wife

Why My Wife is Awesome

And here’s one she wrote about me:

32 of the Many Reasons I Love JR. and He is the Best 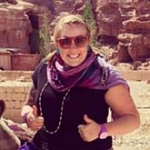 How We Fell in Love

Here’s the story of how Amanda and I met, started dating and decided to get married. We played this video at our wedding.

These days, I use my personal blog to post previews of my sermons and write about church and leadership. Here are some posts from the last year I really enjoyed:

I do the vast majority of my blogging these days at NorvilleRogers.com. Here are several of my favorite posts from the last year or so:

One other thing you should know about me: I love barbeque. As a Kansas City kid, I grew up on the best barbeque in the world. In Dayton, I became friends with a guy from Memphis and a guy who spent a lot of time in Birmingham. We argued all the time about who has the best barbeque, and we decided the only way to settle it was with a Barbecue Tour.

We hit 19 restaurants in 7 days in 5 cities from Kansas City to Memphis to Central Alabama. And we recorded each and every one. You can see all those videos here.

And if you’re thinking to yourself, “Wait a minute. Texas has amazing barbeque. How can any tour not include Texas?” Don’t worry. That thought crossed my mind as well. I’m willing to be proven wrong if you have a favorite joint!

We can’t wait to meet you in Rowlett!