Flims: The Fighter & The King’s Speech

In my continuing quest to review all 10 Best Picture-nominated films, here are two nominees that are essentially the exact same film. And I mean that in the best way possible. As always, SPOILER ALERT!

The underdog who overcomes seeming insurmountable odds to achieve his dreams is a trope that will never be played out, and given that, it’s inevitable that every year at least one of those films seems to make it into the Best Picture nominations (though how Dark Knight didn’t make it in 2008 is beyond me… what story better embodies that trope than Batman?!?!)

This year, two pictures are singing that song (well, three if you count 127 Hours, but it’s really in its own category): The Fighter and The King’s Speech. Both films are underdog stories, and both films explore how even kind lies trap us, while truth sets us free.

The Fighter stars Mark Walberg as MIcky Ward, a Bostonian street-paver and part-time boxer. His older half-brother Dicky Eklund (Best Supporting Actor nominated Christian Bale) is a washed-up boxer himself – as the “Pride of

Lowell” (Massachusetts) he once boxed Sugar Ray Leonard and allegedly knocked him down. Dicky now trains Micky, who’s not getting any younger, and who hasn’t ever had his one big shot. Not that he hasn’t had some opportunities, but Micky is loyal to his family. His mother (Best Supporting Actress nominated Melissa Leo) is his manager and while Dicky is a good trainer, he’s become a crack-head and is notoriously unreliable.

Some nobler voices in Micky’s life convince him to make one more run at a title after a crushing defeat on ESPN. Both his new girlfriend Charlene (Best Supporting Actress nominee Amy Adams in an enchanting but decidedly non-Enchanted role) and Mickey O’Keefe, a detective and trainer who fills in for Dicky when he’s high.

Dicky ends up in jail and the subject of an HBO documentary on the dangers of crack, and with this Micky reaches his breaking point, cutting ties with his mother and brother. He reestablishes contact with them, but this time on his terms, and in the end he not only wins an HBO match, but becomes the Welterweight World Champion of Boxing. 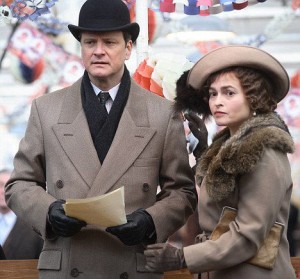 In what seems at first like a completely different film, Colin Firth plays King George VI of England. Albert, as he is known before his coronation, suffered from a sever stammer which left him unable to speak at any sort of public event and even troubled him in his personal relationships. Set in the mid 1930s, just after the advent of the radical new technology of radio, The King’s Speech traces Albert’s quest to speak normally with the help of an unorthodox Australian speech therapist, Lionel Logue  (Geoffrey Rush) who was tracked down by Albert’s wife, Queen Elizabeth (Best Supporting Actress Nominee Helena Bonham Carter).

The heart of the film is the unlikely relationship that develops between the two men. We quickly see that “Albie” (as Lionel insists on calling him) is trapped by his own fear of disappointing his father, George V and failing to live up to his elder brother, Edward VII. His stammer is a physical manifestation of his fears, an embodiment of his own lack of confidence. Lionel is just as damaged in his own way, and the healing the men find in their friendship transgresses the boundary between royalty and commoner to the surprise of both. The film culminates in Albert becoming George VI and delivering, via radio and to the quarter of the world’s population under Britain’s rule, an address announcing Great Britain’s entrance into World War II. 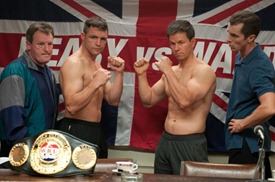 Both films deal with men who are defined by their families and their past. Men who cannot live up to their potential because they cannot see who they could be. Instead, they are trapped in their history, chained by how they have allowed themselves to be defined. Both men only reach their potential when they learn to see themselves through the eyes of an outsider. Both Charlene and Lionel could see the men for who they could be, and so were able to call them to be more than they thought they could be. It’s a good message, but neither film brings anything new to the table. Both films are excellent examples of the genre without any new thematic exploration.

So why see the films? Quite simply, for the acting. Everyone in both films brings their A-game, and if you haven’t heard, the two lead nominations – Christian Bale (Best Supporting Actor) and Colin Firth (Best Actor) – give must-see performances. Bale is already (in)famous for how deeply he gets into character (anyone remember the Terminator incident?), and in The Fighter he so thoroughly became Dicky Eklund that residents of Lowell allegedly mistook him for the man he plays. And Colin Firth was nominated last year for his A Serious Man. Both outstanding performances are wrapped in more fabulous performances – Amy Adams, Melissa Leo and Helena Bonham Carter are also nominated. Sometimes the story’s worth hearing again if it’s told well.

Bottom Line: The films are a showcase for outstanding talent telling a story you’ve heard before, but telling it very, very well.