Click to check out A Faith of Our Own on Amazon

American Christianity is experiencing head-snapping change. Specifically, Christian political engagement is changing with the emergence of the new generation. What kind of change?

The 1950s were they heyday of Christian Civil Religion. Church attendance grew from 31% in 1950 to 51% by 1957. This was the decade that saw “Under God” added to the Pledge of Allegiance and “In God We Trust” adopted as our national motto.

Next came the First Aftershock: Christians mobilized against “moral decay”. During this period, the role of the pastor was redefined to be a moral watchdog.

These so-called Cultural Warriors were so successful that TIME Magazine declared 1967 the “Year of the Evangelical”.

But the new generation that arose after them felt the Second Aftershock. They hadn’t experienced the 1950s. They saw Evangelical engagement in politics as partisan and unhelpful. This gave rise to Dave Kinnaman’s “You Lost Me” generation.

The New Generation of Christians: 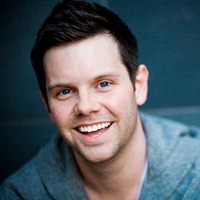 If we embrace the Other the way Jesus did, we get to show the world who Jesus is.

Jesus didn’t deal with issues from afar. He incarnated.

This isn’t a call to withdraw from the public sector. Whatever else following Jesus means, it’s not merely private. But at the same time, we can’t equate faithfulness with advocacy.

The first century was far more oppressive than today’s culture. And Jesus is shockingly silent about standing up for religious rights. He doesn’t say, Go advocate for freedom in Rome. He says, Build something new where you are.

We must be careful of patriotism. As Screwtape told his nephew Wormwood,

Convince them patriotism is part of faithfulness and you’ve nearly won your man.

YOUR TURN: Do you agree with Jonathan’s narrative? What does your political engagement look like?