In honor of the sermon I preached Sunday on Doubting Thomas and the healing he found in Jesus’ body, I wanted to offer some thoughts on Sucker Punch, another film that explores our bodies as a site of resistance. I wish I’d written the review over at SlashFilm – it’s also worth a read.

Sucker Punch is Zach Snyder’s fifth film (Dawn of the Dead, 300, Watchmen, and Legend of the Guardians). Even before the film released, it polarized its critics. Some saw the film’s scantily-clad, butt-kicking female leads as cheap, exploitative fanboy-thrill. Others, following Snyder’s own comments,  claim the film is subversive – that the movie liberates female sexuality rather than exploiting it. As Snyder says,

You can say what you want about the movie, but I did not shoot the girls in an exploitative way. They might be dressed sexually, but I didn’t shoot the movie to exploit their sexuality. There’s no close-ups of cleavage, or stuff like that. I really wanted it to be up to the viewer to feel those feelings or not.

So which is it? What does Sucker Punch say about our sexuality and our bodies?

Though we might commend Snyder for a movie that has a lot more depth than its posters and trailers would suggest, ultimately Sucker Punch fails to communicate the power of sexuality in any sense that’s truly liberating.

The film opens in a drab, colorless world, on a nameless blonde girl whose mother dies, leaving her with a step-father who clearly plans to rape her. When she fights back, he puts her in a mental institution where she meets four other girls who have also been committed. We learn that the girl’s step-father has authorized a lobotomy that will take place next week, and so the main plot of the film concerns the five girls’ plan to break out of the asylum within the week. 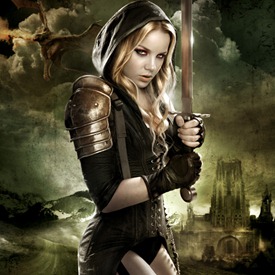 Two of the girls die and one backs out before the fourth manages to escape when the blonde sacrifices herself by distracting the guards. She is finally lobotomized and the film closes with the head orderly – whom we have suspected of molesting the girls – finally alone with his dream. The blonde – now a puppet void of any will, is at his command. She is only saved (sort of) by the asylum’s female psychologist, who has finally admitted to herself that she’s complicit in this systematic, institutionalized rape.

While that sounds like a pretty clear-cut film, it’s Snyder’s storytelling that makes it something fun to watch. Almost immediately upon her entry into the asylum, the blonde descends into a storyworld where the asylum becomes a brothel run by a pimp named Blue (the head orderly). The blonde is introduced to her ‘coworkers’ – the fellow patients – who all have stripper names (Sweet Pea, Rocket, Blondie). She is christened ‘Baby Doll’ and it’s within this story world she convinces the other girls to escape with her. 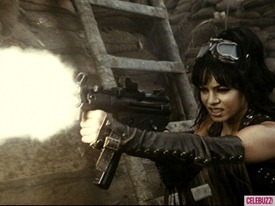 But the story gets even more complicated: Baby Doll is being saved for the ‘High Roller’ – in reality the doctor who will administer her lobotomy – so she is spared from being handed out to other ‘customers’ like her fellow patients/co-workers. Instead, she dances for the customers, and its in the sexuality of her dance the girls find their path to freedom.

When Baby Doll dances, the sheer power of her sexuality spills out into the brothel and transfixes the men/customers who watch her. This gives the other girls a chance to collect the items they’ll need to escape – a map of the asylum, a master key, a lighter, etc.

These missions to acquire take the film into the final level of the story – every time Baby  Doll dances, we see the girls’ item-quests played out as battles. They fight Nazi Zombies to get the map, a giant dragon (and some trolls) to get the lighter and robots to get a knife. The fantasy storyworld is intimately connected to each of the others – when Rocket sacrifices herself fighting the robots, she is stabbed to death in the brothel-level and we learn that she died in the reality of the asylum at the end of the film.

Snyder’s use of metaphor is elegant without being unclear. The asylum is an institution men are using to control and own women body and soul. In that sense, it’s no different from a brothel. But the power inherent in a woman’s sexual being is far greater than men realize (which might be why men want to control and domesticate it). When Baby Doll realizes that, she uses her body to wage war on the men who are trying to control her, thereby winning freedom for herself and her friends. These battles are played out in a fantasy world with guns and swords, in the brothel world through a strip-tease and by implication in the reality of the asylum through intercourse (Baby Doll distracting the orderly by seducing him, though this is never shown). Thus the girls who were locked up by men and used as sex slaves find freedom in the very reason for their imprisonment. Ultimately, Baby Doll becomes a Christ-figure who offers up her own body (by allowing herself to be arrested and lobotomized) for the freedom of her friend, Sweet Pea.

By presenting the female body as a battlefield where women can overcome male domination, Snyder claims that Sucker Punch is an empowering film. 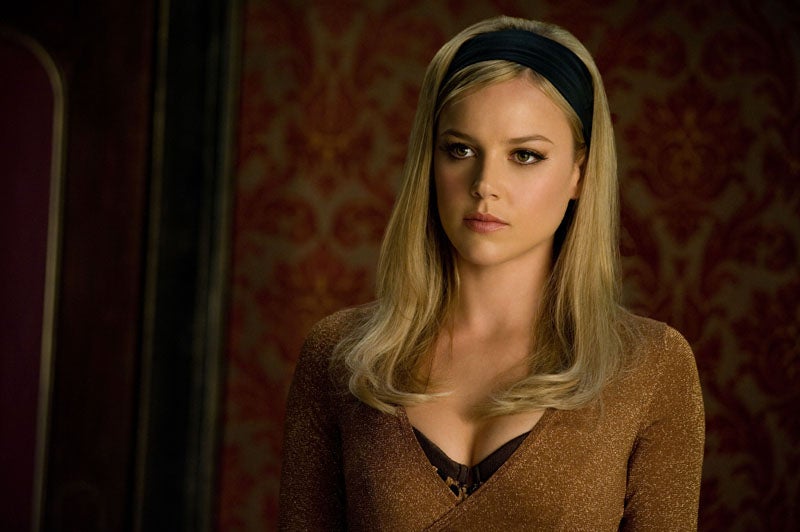 But is it really? I say no – unfortunately, the women in Snyder’s film fail truly to escape the male institutions that have enslaved them. Only one of the girls actually escapes and even Baby Doll’s sacrifice isn’t truly redemptive. Her sacrifice neither inspires any of the other characters nor serves to subvert the abusive system.* No one is redeemed, and almost no one is saved. Certainly the men are not freed from their evil choices.

Even in Snyder’s black-and-white moral world, the girls are not empowered in a meaningful way. They are reduced to using the violence the men visit on them to do violence in return. Redemption only comes by fighting back, by turning the victimizers’ weapons back on themselves.

This is not a true redemption. Baby Doll is a false messiah in that she does not rescue the girls from the cycle of victimization.

Sucker Punch is finally a pretty hopeless film. While Sweet Pea escapes, she is one of five, and of the five, the least guilty. She left home to watch over her younger, runaway sister (Rocket, who died). Baby Doll and the other two girls remain trapped in the asylum under the men’s control. A dark ending for a film meant to empower.

Bottom Line: We might applaud Snyder for making a film that’s fun to watch and has a lot more brains than most of this genre. But ultimately, his film fails to empower. It only furthers the cycle of violence and oppression it claims to fight against.

*Baby Doll’s lobotomy does lead to the head orderly’s arrest, but only inadvertently. Baby Doll chooses to sacrifice herself without any knowledge that her actions will motivate Dr.Gorski to investigate institutional abuses. It’s also far from clear that anything has changed permanently in the institution, not to mention that the institution itself remains fully operational. This is certainly not a decisive victory against evil.